5 Sports Teams with a Viking Mascot 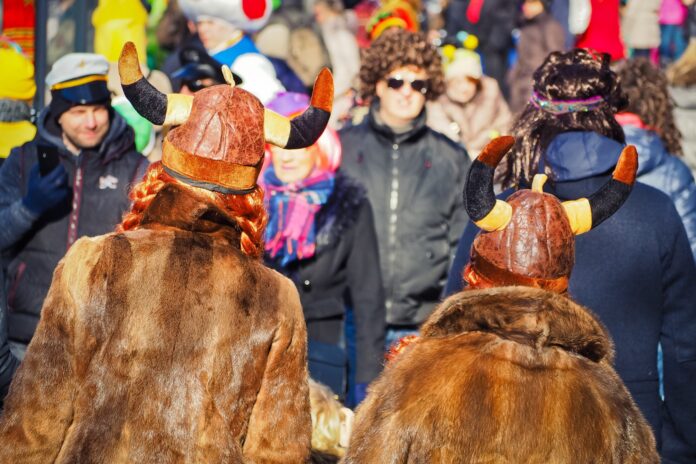 Did you know that Vikings have origins going back almost 1300 years to the Scandinavian regions? The Vikings are fierce warriors that instilled fear in their enemies, so it’s no surprise that they’ve established quite a presence when it comes to sports teams and sports mascots.

The Viking mascot is often associated with a professional football team, but it’s much more widespread than that if you dive into school sports. Luckily for you, you’re in the perfect place to learn more about other teams that feature this fearsome, horned-helmet-wearing warrior mascot.

Lawrence University is a prominent liberal arts university in Appleton, Wisconsin. It’s one of the most highly-regarded schools that chose the Viking mascot as the official sports mascot for their athletics teams. If you’re set on playing sports for the Vikings then it is a great collegiate option that could make your dreams come true.

Another great option for school sports when it comes to the Viking mascot is Elizabeth City State University. This university is located in North Carolina and it is one of the only Historically Black Colleges to feature the Viking as a mascot. They have around 2,500 students that attend Elizabeth City State University, and they offer 37 different programs that you can study.

Missouri Valley College is another school that opts to harness the powers of the Viking warrior when it comes to school sports and its mascot options. It’s located in Marshall, Missouri and it first opened its doors back in 1889. Around 1,800 students get enrolled at Missouri Valley College each year, and it is another great option if you want to play sports or cheer on the Vikings or dive into Viking symbols.

Perhaps not the mascot many would picture for a school located in Salem, Massachusetts, Salem State University is the home of the Vikings. You’ll be hard-pressed to find a school in a more quaint area, and you’ll have no problems crossing paths with tons of new people due to the 10,000 students enrolled at this university.

The only non-collegiate sports team to make the list, the Minnesota Vikings are arguably the most famous team when it comes to the Viking mascot. They’re an NFL team that is based in Minneapolis and they have a long history of all-time great players playing for their organization.

Their mascot is named Viktor the Viking and he’s sure to inspire terror in the hearts of the opposition, no matter if the Vikings are playing the Lions or the Packers.

Now You Know All About the Viking Mascot

The Viking mascot is quite prominent when it comes to school sports and professional sports in the United States of America. There are sports teams ranging from Missouri Valley College to Elizabeth City State University that chose the Viking amongst all mascot options. The most famous Viking mascot belongs to the Minnesota Vikings of the National Football League.

For more exciting and fun articles on a range of topics, check out the rest of our blog today!

Did you know that over 24 million Americans play golf? Golf is a great sport that people from all walks of life can enjoy. Whether...
Read more
Sports

These Are the Best Winter Vacation Spots in the US

Did you know taking breaks is important for productivity? According to a survey, about 40% of Americans are planning to go big on their spending for their...
Read more
Sports

The Powerball jackpot hit a major record of $35 million this past week. Americans are flocking to stores to pick their numbers and dream...
Read more