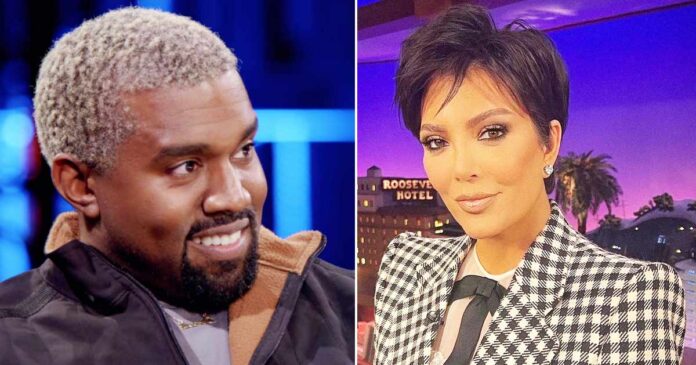 Rapper Kanye West is claiming that he would like to change this narrative.

Kanye, who has repeatedly slammed his former mother-in-law, Kris Jenner, on social media, shared the unexpected reason he changed his Instagram profile picture to an image of her, reports usweekly.com.

“I POSTED KRIS WITH THOUGHTS OF PEACE AND RESPECT,” Kanye West, wrote via his Stories.

“Don’t let Kris make you do Playboy like she made Kylie and Kim do,” the rapper captioned a September 1 Instagram upload of Kylie’s close friend Victoria Villarroel.

“Hollywood is a giant brothel. Pornography destroyed my family. I deal with the addiction (and) Instagram promotes it. Not gonna let it happen to Northy and Chicago.”

According to leaked texts that Kanye West shared via Instagram at the time, Kris begged for him to keep her name off of his social media.

“Tell him to please stop mentioning my name,” the California native purportedly texted the ‘Selfish’ author.

“I’m almost 67 years old and I don’t always feel great and this stresses me to no end.”

West, who shares daughters North, 9, and Chicago, 4, as well as sons Saint, 6, and Psalm, 3, with the 41-year-old Skims creator, has long been candid about his evolving emotions about the Safely co-founder.

“I love Kris,” the ‘Famous’ rapper, who was diagnosed with bipolar disorder in 2016, shared via Instagram in February, while simultaneously slamming her long-term boyfriend, Corey Gamble, and accusing him of cheating.

“This woman is a hero and she’s done what she’s had to do to protect her family and make sure they prosper even if it meant telling everyone not to listen to me I respect her grind her hustle and her mind Kris is one of the best to ever do it.”

His praise of Kris is a far cry from his infamous June 2020 tweet, in which he referred to the Kardashians star as “Kris Jong-Un”.

Kris was previously the “peacemaker” between Kim and Kanye West amid their divorce.

Must Read: Deadpool 4 Has Already Got A Thumbs Up From Marvel Despite The Threequel Being Two Years Away?