Home Careers The Most Influential Women in Politics of 2022
Careers

The Most Influential Women in Politics of 2022 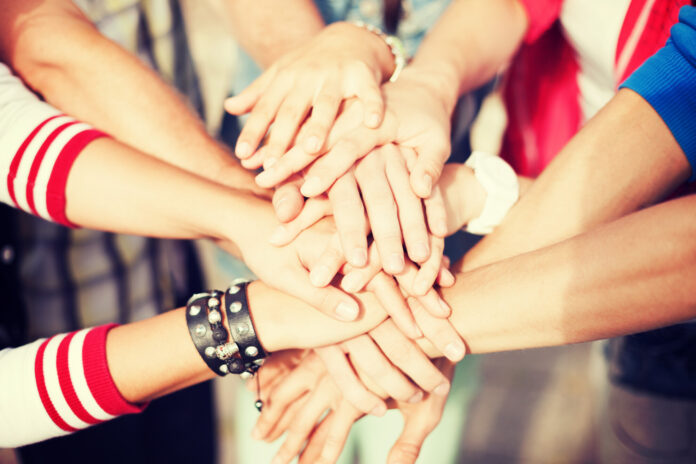 The coronavirus pandemic has made way for a lot of change. Equality has been on everyone’s minds, especially when it comes to women in politics.

Although things may not look like they’re changing fast enough, women have been advocating for their voices to be heard and for them to be represented in government.

With women making up 51.4% of the US population, it’s about time for a quota or a mandate to be highlighted in terms of seats and government positions showing the actual representation of the population.

Keep reading to discover the women who have made an impact in politics in the last year.

As the current Vice President of the United States, Kamala Harris is one of the most influential people in the world. But her influence goes beyond her title.

Harris is a strong advocate for women’s rights and has been a vocal supporter of the #MeToo movement. She is also a role model for young women of color, proving that anything is possible with hard work and determination.

One of the most vocal supporters of Kamala Harris is Suzanne Clark, who is the president of the U.S. Chamber of Commerce. Clark is someone who knows how to get things done, and she will be a major force in politics for the years to come.

Hillary Clinton has been a powerful force in both the public and private sectors, and her work on behalf of women and children has been groundbreaking. Clinton has also been a vocal advocate for LGBT rights and a strong supporter of the Equality Act.

In addition to her work in politics, Clinton has also been an author and one of the successful women business leaders. Her book, It Takes a Village, was a bestseller, and she has been a successful entrepreneur. Clinton is an inspiration to women and girls around the world, and she will continue to be a powerful force in politics for years to come.

Elizabeth Warren is one of the most influential women in the industry of politics of 2022. She will be a powerful voice for the progressive wing of the Democratic Party, and her policies will significantly impact the country.

She will be a fierce advocate for economic justice, and her ideas will help to shape the debate on inequality in America. She will also be a strong voice for women’s rights, and her work will continue to help empower women across the country.

Nancy was the first woman to be elected as Speaker of the House of Representatives and is the highest-ranking elected woman in U.S. History. Pelosi has been a powerful force in Congress for over two decades, and her influence is only expected to grow in the next few years.

She is a strong advocate for women’s rights and has been a vocal opponent of the Trump administration. Pelosi is widely respected by her colleagues on both sides of the aisle and is also considered one of the most effective legislative leaders in recent years.

Alexandria Ocasio-Cortez has gone from being a bartender to one of the most influential women in politics. In 2020, she was elected to the U.S. House of Representatives, becoming the youngest woman ever to serve in Congress. In the years since, she has become a powerful voice for progressive policies, particularly on climate change and income inequality.

She has also been a vocal critic of the Trump administration, and her popularity among Democrats has only grown. In 2022, Ocasio-Cortez is poised to be one of the most influential women leaders as she continues to use her platform to fight for the issues she cares about.

Alexandria Ocasio-Cortez is known for her progressive policies and willingness to fight for what she believes in. First elected to the House of Representatives in 2018, she has quickly become a force to be reckoned with, and her impact will only continue to grow in the years to come.

While she may still be relatively young, she has already made a huge impact on the political landscape, and she is only going to become more influential in the years to come.

Angela Merkel is the Chancellor of Germany and has been in office since 2005. She is widely respected for her leadership during the European debt crisis and her proactive approach to the refugee crisis.

Merkel strongly advocates for free trade and has been instrumental in shaping the European Union’s economic policy. She is widely considered one of the most powerful women in the world and is a leading voice in the global fight against climate change.

The New Zealand Prime Minister has been widely praised for handling the COVID-19 pandemic and is also seen as a role model for women in leadership positions. Ardern is also a strong advocate for gender equality and she expects to continue to see progress on this issue in the coming years.

As one of the youngest leaders in the world, Ardern is a fresh voice in politics, and she is also poised to make a big impact in the years to come.

Ellen Johnson Sirleaf was the first democratically elected female head of state in Africa and served as the President of Liberia from 2006 to 2018. She was a strong advocate for women’s rights and gender equality and was awarded the Nobel Peace Prize in 2011.

She currently serves as the Chair of the Board of Directors of the United Nations Foundation. Sirleaf is an inspiring leader and an important voice in the global fight for women’s rights and equality.

Know The Influential Women in Politics

There are countless benefits to knowing influential women in politics. These women have been instrumental in shaping the world as we know it and continue to fight for change. By knowing their stories, we can be inspired to create our legacy.

In addition, we can learn from their successes and failures to help us navigate our own lives and careers. Furthermore, these women can serve as mentors and role models, showing us that anything is possible if we set our minds to it. Knowing influential women in politics gives us hope for the future and a greater understanding of the past.

Make sure you stay up to date with all the most important news and updates by checking back with our blog!

How To Choose an IRS Audit Attorney

Have you received a letter from the IRS stating that you may be subject to an audit? Are you wondering what's next? Your first step...
Read more
Careers

What Is a Clinical Trial?

Have you heard about the new cancer drug? It can cure almost any illness. Or at least that is what the ad says. If you...
Read more
Careers

What Are the Benefits of Pursuing a Truck Driving Career?

What do you think about becoming a truck driver? It's one of the oldest and most traditional careers, but also one of the most vital...
Read more