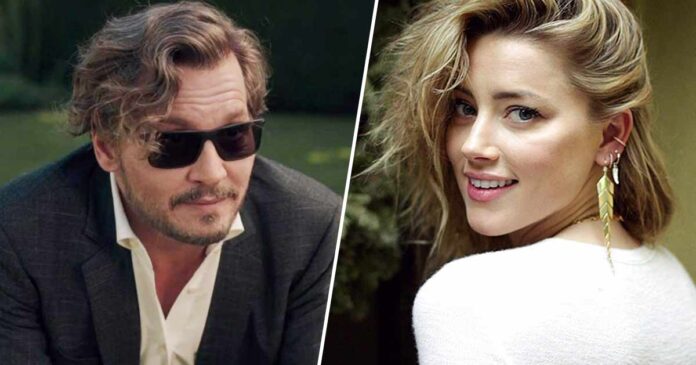 For the last several months, Johnny Depp and Amber Heard were in the news as a result of their ongoing defamation case at a court in Fairfax County, Virginia (from April 11, 2022, to June 1, 2022). The legal battle between the ex-couple began with Heard’s 2018 op-ed about domestic violence – where she accused the Pirates of the Caribbean of hitting and abusing her.

After multiple lawsuits, the Fantastic Beasts actor largely emerged victorious with the Aquaman actress having to pay him millions in damage. Ever since the release of the op-ed Johnny has suffered professionally – by being fired from his role as Grindelwald in the Fantastic Beasts franchise, removed from the POTC franchise and more. Now in a recent chat, PR pros have shared their thoughts on what they feel about his career now – given that there was no ‘conclusive evidence’ of him abusing Amber. They also spoke about the effect the legal case may have o the actress’ career.

During a recent chat with Insider, Evan Nierman opened up about how the Johnny Depp vs Amber Heard defamation trial will affect both the actor’s careers. The CEO of Global PR Firm Red Banyan and Author of ‘Crisis Averted’ simply told the publication that it was “highly unlikely” that the Pirates of the Caribbean actor would ever be without work.

Being a PR pro, Evan commenting on the career of the Edward Scissorhands actor said, “Johnny Depp was always likely to emerge from the Heard-Depp legal saga with plenty of opportunities left in his career. The lack of conclusive evidence that he committed the abuse alleged by his ex-wife has put him back in the category of Hollywood superstar, from which he was only temporarily sidelined.”

Nierman further added that Johnny Depp is still ‘eternally bankable’ despite the negative attention he received in the news. The PR pro said, “Johnny Depp invested a lot in terms of his time, energy, and financial resources to clearing his name and it seems to be paying off in the end.” He also added that Johnny will soon be “cashing plenty of Hollywood checks” from studios and makers who are eager to work with him now that his reputation has been “revived.” Schiffer added that he expects to see Depp back on the big screen in 2023.

Eric Schiffer, the chairman of Reputation Management Consultants, noted that the trial “cemented Depp’s ability to have a strong second act.” Supporting Depp’s decision to re-enter Hollywood as a director, he said it is an “interesting bridge back” as he will likely be successful. Why? Because it “doesn’t put direct pressure on him as the star in the spotlight, it allows him to naturally not get as much attention.”

In the same conversation, Evan Nierman stated that it is unlike that Amber Heard will “find many Hollywood doors open to her” post losing in the defamation trial. He said, “She made a choice to step out publicly and drape herself in the flag of #metoo, but the jury and the public did not find her credible,” Nierman said.

However, Eric Schiffer thinks it would be foolish to count the Aquaman actress out yet. He said, “Amber is appealing and has confident counsel and her career will continue and there will be opportunities for her,” adding that if “she is able to win on appeal, then that many more [opportunities] will open up.”

What do you think will be the effect of the Johnny Depp vs Amber Heard defamation case on the actors’ careers? Let us know in the comments.