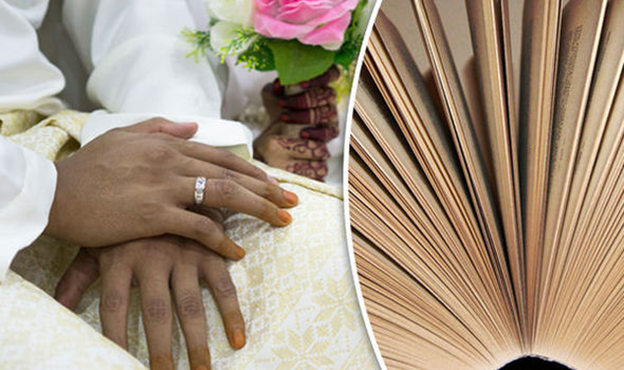 Those who call Islam as a mere religion are utterly mistaken. Because Islam is much more than just a religion indeed. It is a complete code of life which is filled with wisdom, wit, logic and reason. It is not confined in prayers, worships, Hajj and Umrah rituals.

It is the way of life which supports belief, knowledge learning and education. The true sense of Islamic ideals is got through its desirous, sincere and devotional learning.  Gone are the days when you needed to go far from your homes in religious gatherings schools (Madrasahs) and religious Institutes.

Moreover, in this super-fast and easiest postmodern times, you need not to grapple yourself in difficult Islamic books also. Because your teacher is right within your own hand.

Yes, you can learn Islam through your phones whenever and wherever you want. Moreover, these apps would also help you in spending an Islamic way of life.

Positive Use of Mobile Phones

With the advancement in positive awareness of smart consumption, countless mobile apps are designed for every single aspect of lifestyle, so religion is no exception.

So the claims about the threats of mobile phones in human life become baseless. Because its use is in our own hands. The God Almighty has bestowed us with the sense of differentiation between right and wrong. So now it is your own personal choice which path you want to follow.

There are thousands of Islamic apps which are here to enlighten you with each and every aspect of the religion. You can download them with your phones through Google Play store.

Google is the most excessively and extensively used Search engine in the world. Now you can have Google and Google play store inbuilt in your mobile phones.

Through Google play store, you can get all the perks we wish to enjoy with just a single touch of your thumb. For 1 life aspect, it offers you a plethora of applications. You have to choose 1 among them according to your requirement and phone space.

Islam is an inseparable part of a Muslim’s life. It is not a religion but a lifestyle indeed. Its complete acquisition is mandatory for each and every Muslim breathing in this universe.

So when it comes to learning Islam, in the Google Play store of your smart phones you would find thousands of Islamic apps. So the question is What is the best Islamic app for you?

In order to answer this question, we have prepared an authentic list of the best Islamic Apps for you. You can pick one from them which suits you the best.

It is an exemplary product of Islamic Application for your computers and mobile phones alike. This app holds an unprecedented honor to have an extensive knowledge of Quran and Hades alike.  It gives you a super friendly chance to search on any topic of the Quran and Hades.

It contains Complete Quran with more than 10 translations and Tafseer (a detailed explanation of everything in Quran). Quran recitation of more than 16 Qaris.

Moreover, you can get all the six Ahadees Books in English translation

Among 77 million apps, the Muslim pro is very popular and trusted Islamic app for your smart phones. Through this mob app you can read and listen Quran with Tajweed, translation and recitation. This app would also help you finding your nearby mosques, prayer times and halal restaurants.

It is a universal Islam app which has been designed for all the Muslims and non-Muslims alike. This mobile phone application provides you with an ample opportunity to learn and understand what is Islam.

Whether you want to know about Islam or listen to the Quran recitation, this mega app has all in it.

The non-Muslim folks can read the informative articles such as What is Islam? Who is Allah? Who is Mohammad? Women’s Rights. How to Convert in Islam.

Through this app you can listen the Arabic Holy Quran in English translation. You can even download any surah for offline listening later anytime you want.

It is the splendid App for listening reading and reciting the Holy Quran online and off-line.

It is another app for the Quran recitation. This app is specifically meant for the ones who want to memorize Quran. This App was created by Bilal Memon. This app helps the Muslims to learn and memorize Quran in the easiest and fun way.

It is a remarkable app designed for all the Muslims worldwide you are leading their lives according to the rules of Islam. It is appreciable features App like Muslim Prayer Times of any location, Qibla Finder, Quran, Dhikr Counter, Dua, Azan Alarm, Jummah (Friday) Messages, Message Editor, Mosque Finder, Islamic Calendar, Ramadan Calendar and with the Qibla . it also provides you with the Live streaming of Kaaba from Saudi Arabia which you can watch for 24 hours without interruption.