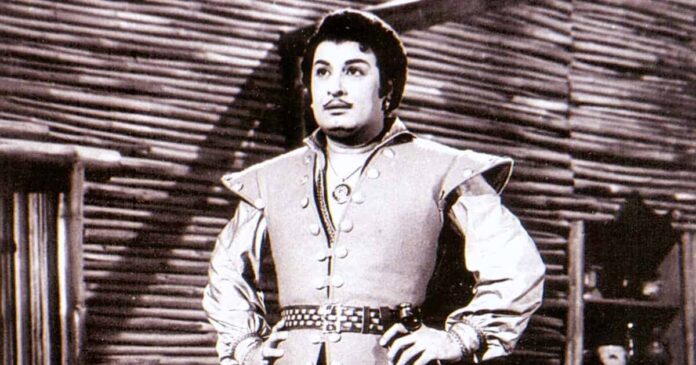 Aruna Guhan, a producer and creative director with AVM Productions, one of the Tamil film industry’s oldest and most respected production houses, has now disclosed how actor and former Tamil Nadu Chief Minister MG Ramachandran (MGR) had to board a running train while shooting for the film, ‘Anbe Vaa’, which is considered to be a classic in Tamil cinema.

Sharing details of the film that was produced by her firm, A V M Productions, the producer wrote a small post on Instagram titled, ‘How will I get such thrills in Madras!’.

In the post, Aruna says, “When shooting for ‘Anbe Vaa’ in Shimla, the cast and crew had to travel by train between locations. The train stopped in Kalga, and MGR sir’s wife Janaki Ammal wanted something cold to drink.

“MGR sir himself immediately got off the train to buy her a cold drink. He finished his purchase but by then, the train had started moving. He had to run and jump onto the moving train.

“When Tirulokachander sir asked him why he had to go when we would have got it for him, MGR sir laughingly replied, “How will I get such thrills in Madras!”

“This is one incident of many that speaks of his lightness of being and caring, fun-loving nature.”