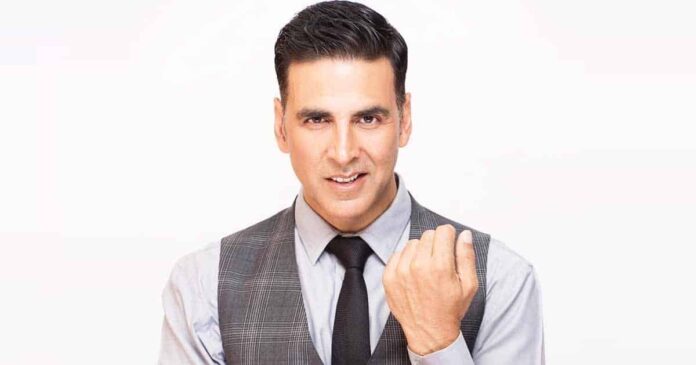 Akshay Kumar is once again the highest taxpayer from Bollywood, and this time, he is awarded for it. One of the busiest actors in Bollywood, he appears in at least 3-4 movies in a year, which are usually high-budgeted. Though most often, his films are a hit, lately, he is not able to hit the mark.

This year, his fans saw Bachchhan Paandey and Samrat Prithviraj, both of which didn’t do well at the box office. Now, all eyes are set on Raksha Bandhan, Ram Setu, Selfiee, and more. Besides films, Kumar is a brand ambassador for many brands and has appeared in several ads.

Akshay Kumar earns a lot and then pays a lot of tax. Now, he has become the highest tax paying Bollywood actor. According to Pinkvilla, the Sooryavanshi actor was felicitated by the Income Tax Department with a Samman Patra and termed as the highest taxpayer in the Hindi film industry.

As Akshay Kumar is in the UK shooting a movie, it was his team that collected the award. It was last reported that Kumar pays as much as Rs. 29.5 crores in taxes, but it has increased over the years as before him was Amitabh Bachchan, who reportedly pays as high as Rs. 77 crores in taxes. After Big B, is it Salman Khan, who pays Rs. 44 crores.

Shah Rukh Khan reportedly pays Rs. 22 crores, and Hrithik Roshan pays Rs. 25 crores. It might seem a lot to many, but considering how high each actor makes through one film, it is not a big amount for them. It is said that Akshay takes home as much as Rs. 100 crores+ per film.

However, a recent report said that Akshay Kumar has decided to take a pay cut for his upcoming projects due to the disastrous run of Bachchhan Paandey. Read more about that on Koimoi!