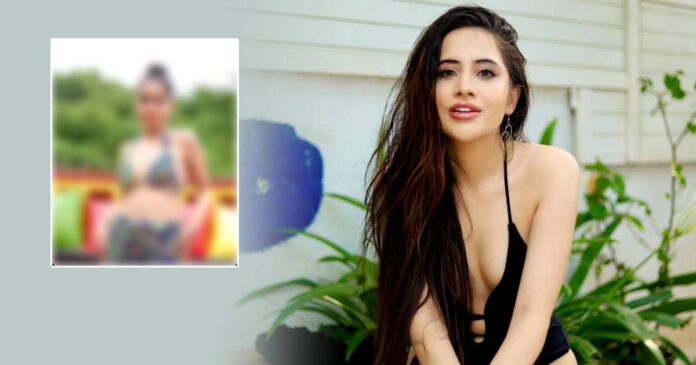 Uorfi Javed, who rose to fame with her appearance on Karan Johar-hosted reality show Bigg Boss OTT, is also known for her fashion choices. The actress makes the headlines quite a few times over her clothes and receives criticism over it time and again. But that doesn’t stop Javed from not trying different looks each time she steps out.

Even though she has been often trolled over her outfits, Uorfi has also been praised by some of the biggest names in Bollywood, including Ranveer Singh, who is also known for his quirky fits. The 83 actor praised her and said that she is a fashion icon.

While talking about Uorfi Javed, the actress recently hit the headlines over her another unusual outfit made out of stones. She took to her Instagram to debut the fit. Javed wore a bralette and a skirt made from colourful pebbles, while most of the body was left uncovered. The actress revealed that the idea behind this outfit came from a troll comment that said, “isko pathar se maarna chahiye” (someone should hit her with stones).

Well, one cannot deny just how creative Uorfi Javed is. Several of her fans agree with that as they commented on being amazed at her talent. Many even praised her for the idea. However, that’s not how a lot of netizens think as they took to the comment section to troll her.

“If I will throw shoes on you, that means u will wear f*cking clothes based on shoes!!” one more wrote.

Meanwhile, previously, Uorfi Javed wore an outfit that was made out of razor blades. Even then she was heavily criticised and some even pointed out to put trigger warner before such a fit.

Must Read: Shehnaaz Gill Plans To Get Married? Reveals Qualities She’s Looking For In Her Partner, Says “He Should Keep All His Problems Away…