Home General How To Tell If Your Carpet Has Mould Damage?
General

How To Tell If Your Carpet Has Mould Damage? 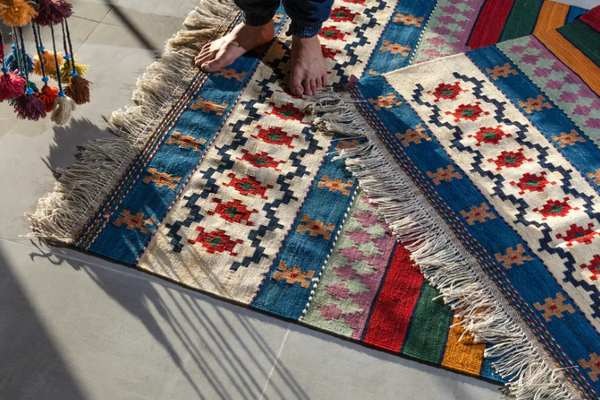 All types of carpets – be they organic or inorganic – will be susceptible to mould infestation. When mould starts to grow inside your carpet fibres, the same must be taken care of, so that the growth & spread can be contained properly. But, for the average homeowner, it can be quite a challenging aspect to know whether there’s mould infestation inside the carpet fibres.

According to professional services for rug repair and restoration, one of the effortless ways through which you can detect mould infestation inside your carpet is via a strange, musty smell coming out of it. In case you tend to spend a lot of time inside your home interiors, then you may have stopped noticing this smell. But, any other person or guests coming into your home will instantly smell this musty odour.

So, in case you or any of your visitors notice such a smell, you have to undertake corrective measures to get rid of the carpet or rug mould infestation.

There are some homeowners out there who try to stubbornly hold onto their carpets for a long time, even when the time has passed for replacing them. The older a carpet will get, the more susceptible it will become to mould damage. So, if your carpet or rug is many years old, then it would be prudent to replace it with a new one – rather than trying to eliminate the mould infestation.

When carpets or rugs are exposed to water molecules, the chance of developing mould becomes higher. So, in case your carpet has damp spots, it can be possible that there’s a source of a water leak. Therefore, as a responsible homeowner, you’ll need to find the water leakage source and fix it, before it damages your entire carpet. If your carpet or rug stays damp over an extended period, then the chances of mould infestation will be higher.

Unless you’re unaware, then you must know that mould causes allergies in human beings. Sometimes, mould can also cause serious issues such as bronchitis or even asthma. If you or anyone in your family starts experiencing such issues, then you have to get your carpet or rug inspected for mould infestation.

If your carpet or rug has been the breeding ground for mould for a long period, then you might start to notice blackish or greenish spots on your rug or carpet. Moments like these are when you need to check the carpet’s underneath area, as this is one of the most common areas where mould infestation could occur, leading to the surface discolouration.

One of the best ways through which you can be sure of any mould presence on your carpet is by using a special mould testing kit for the same. These kits generally work by testing the overall airflow around & across the carpet. If there are any mould spores present in your carpet fibres, then they will surely land on the testing kit and thereby offer you genuine results.

And that concludes our list of mould infestation symptoms.

How Can You Limit The Growth Of Mould In Your Carpets & Rugs?

The first step that you should undertake in limiting the growth of mould is by maintaining a proper humidity level for the same. It’s recommended that you keep the humidity levels within 30 to 50 per cent, with 60 per cent being the highest. The best way to achieve the same would be to purchase a dehumidifier.

If you suspect any mould damage on your carpets & rugs, then there’s no better way to deal with the same than to call the professional carpet & rug cleaners to take care of the same.

Construction quality and safety management is a critical function within projects, as it ensures adherence to outlined specifications and protocols. Technology plays...
Read more
General

WBU Meaning In Chat – Know The Ins And Outs

Are you trying to find the meaning or definition of WBU on the internet? if so you're on the right page.
Read more
General

Most people out there have a leather piece that they like to wear - be it leather pants, coats or any other...
Read more

In a technologically advanced and fast-paced world, we are divided by covid-19 but united by the latest cutting-edge technology. It is observed that the...
Read more

Why Should You Get In Touch With The Best UK VPS Service?

All of our VPS web hosting plans encompass a developer-friendly vehicle installer, as well as the maximum typically used net-scripts and operating gadget templates....
Read more

Vancouver is an incredibly green and clean city. The parks and alleys are home to trees imported from different parts of the...
Read more

People who used to perform the exercise and workouts all alone at their homes got bore. They might think that they cannot...
Read more
Load more

Why Should You Get In Touch With The Best UK VPS...