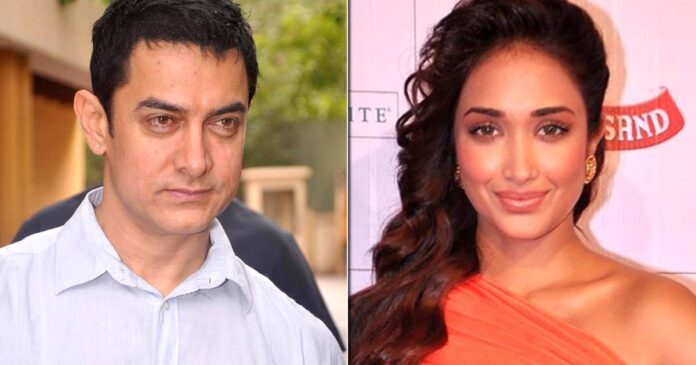 Aamir Khan is one of the biggest names in Bollywood and it is natural that being a big star there is some kind of drawbacks. Actors get embroiled in controversy for something they said or did, but there are times when even they grab attention due to fake rumours. Something similar had happened when Khan was promoting Ghajini and during the time there are rumours making rounds that Jiah Khan was his step-sister.

For the unversed, Jiah also played a small yet important role in Aamir’s film and the movie even helped her to show her talent to a larger audience. She later went on to work with Akshay Kumar in Housefull which was among the highest-grossing film of 2010.

Coming back to the topic, while the promotions of Ghajini was at its peak, a rumour spread like a wildfire that Jiah Khan is Aamir Khan’s step-sister. As reported by a Bollywood Journalist, the news came to light after a publication claimed that Jiah’s mother and yesteryear star Rabiya Amin was rumoured to be in a relationship with Aamir’s father, Tahir Hussain.

Back in the day, Rabiya Amin and Tahir Hussain also worked in a few films. The reports further went on to find similarities between Aamir Khan and Jiah Khan’s facial features. Although Aamir never reacted to the reports but his father and Jiah denied such rumours.

Talking to a news portal, Tahir told, “As far as I know, Rabiya is married to a man from Pakistan. Rabiya is a very close friend of mine, but I was never married to her and Jiah is not my daughter.” While Jiah was irked by the reports and talking about the same, she told, “This is completely untrue and utter rubbish. To be frank I don’t know much about my father and I have never asked my mother about him. All I know is that he was an American.”

On the work front, Aamir Khan will be seen in Laal Singh Chaddha with Kareena Kapoor Khan, Mona Singh and Naga Chaitanya.

Must Read: When Katrina Kaif Said She’s Not Close To Then-Boyfriend Ranbir Kapoor’s Family & Was Scared Of Him “Not Loving Her Completely When She’s Standing At The Mandap”