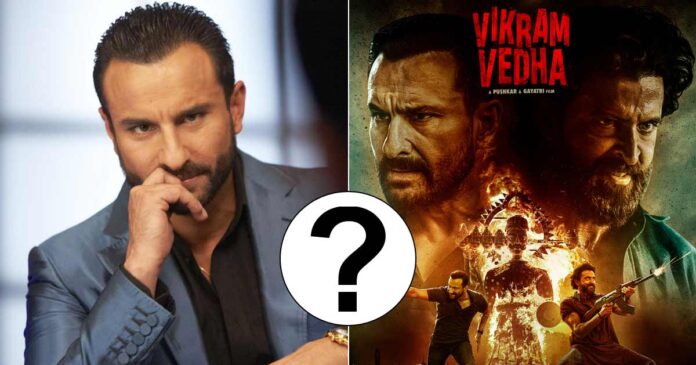 Vikram Vedha starring Hrithik Roshan and Saif Ali Khan is all set to hit theatres this Friday. Despite being a remake, there’s an excitement about the face-off between Hrithik and Saif and overall massy treatment. While movie lovers are eagerly waiting for the film’s release, the first review is already out and it’s from a Nawab’s special person. Keep reading to know more.

For the unversed, the upcoming Bollywood action thriller is an official remake of 2017’s Tamil hit of the same name. The film had Vijay Sethupathi and R Madhavan in lead roles, which have been reprised by Hrithik and Saif respectively, in the Hindi remake. As the original film is a modern-day cult, very high expectations are set from the Bollywood version.

Yesterday, none other than Kareena Kapoor Khan shared her review for Vikram Vedha and her words have just left us with excitement. She is calling the film a blockbuster. Taking to Instagram stories, Kareena wrote, “Best film. Best actors. Best story, Best directors. What a film (red heart and fire emojis). Blockbuster.” She tagged Hrithik Roshan and others involved with the film. She also tagged her husband Saif Ali Khan as he doesn’t have an Instagram account.

Have a look at a screenshot of Kareena Kapoor Khan’s Instagram story featuring Vikram Vedha review: 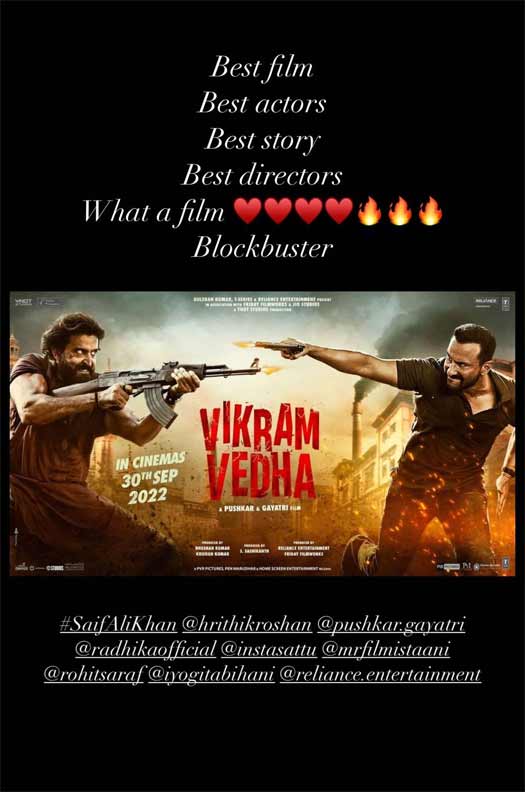 Apart from Kareena, Hrithik Roshan’s father and director, Rakesh Roshan too has shared his review of Vikram Vedha. He wrote, “Saw Vikram Vedha TERRIFIC credit to the director, actors and the team Wow!”

Meanwhile, the film is directed by Pushkar-Gayathri, who also helmed the original Tamil version. It also stars Radhika Apte and Rohit Saraf.

Must Read: Salman Khan Is Greater Than She-Hulk! Meme Teases An Uncanny Resemblance Between The Two & You Won’t Be Able To Unsee It