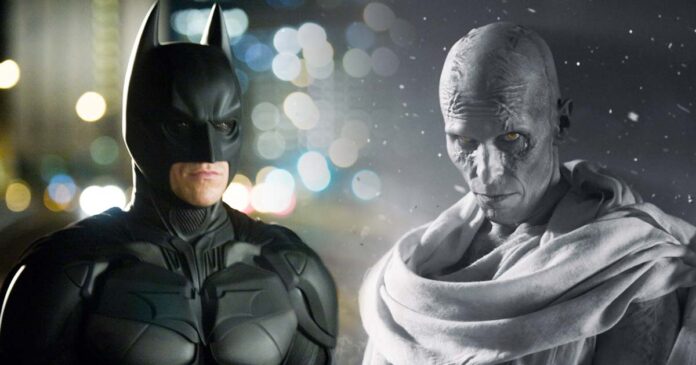 Christian Bale answers whether it was easier playing Batman or Gorr the God Butcher. Bale has played many characters in a long and successful career. The Dark Knight has been one of his most memorable roles and has often been regarded as the best iteration of the DC superhero.

The American Psycho actor is also one such man who has played characters from both DC and Marvel. Christian recently made his MCU debut in Thor: Love and Thunder. The actor played the role of the supervillain, Gorr. It was a treat for the fans to watch the actor play the antagonist in the movie.

Christian Bale brought life to both roles accordingly. But the actor must have found playing one character hard over the other. While speaking with Screen Rant, Bale said that playing Gorr the God Butcher was easier than Batman. He said that preferred playing the bad guys because they have more fun.

“They do, absolutely. They not only have more fun, but they’re easier to play,” Christian Bale said. “Because everybody is fascinated with bad guys, right? The minute the bad guy walks on the screen, no one’s looking at the good guy anymore. All eyes go to the bad guy, so it’s a much easier acting gig,” the Batman actor said.

While several people loved seeing Bale as Gorr the God Butcher in Thor: Love and Thunder, a few had complained over his character slaying hardly any god in the film. While talking about Christian, previously, he revealed how his entire family asked him to play the MCU role.

Christian Bale said that he shared the news of getting an offer for Gorr the God Butcher, and everyone was on board the idea. “This is the only film that my entire family has said I have to do,” the Batman actor said.

Must Read: Most Compatible Zodiac Signs With Johnny Depp: Amber Heard Makes It To The List & The Relationship Is Supposed To Be “Mutually Strong Attraction”