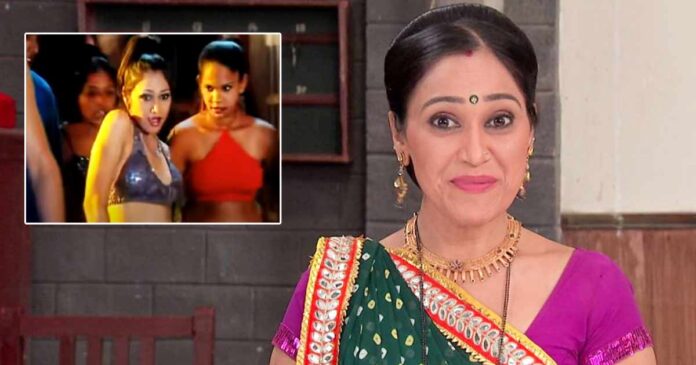 Ever since Disha Vakani went on a maternity break from Taarak Mehta Ka Ooltah Chashmah, she has always been a topic of discussion. Over the past few months, the show makers are eagerly looking out for a replacement and many names have been popping up every now and then. While no name has been finalized yet, an old video of Disha, who played the most important character of ‘Daya Ben’ on the show, has resurfaced on the web.

For the unversed, show producer Asit Kumarr Modi made several comments about Disha’s return and replacement on the show.

Recently, we came across a throwback video of young Disha Vakani, who got our attention with her oh-so-hot and glamorous avatar. The clip seems to be a music video that also has details of the song. Disha starred in Bhingri Ga Bhingri song where she looked sizzling hot in a shimmer bralette top and short skirt. Her hair is seen tied in a high pony.

Check out the video below:

“When Jethalal is out of town”

“Jethalal will definitely forget Babitaji after watching this”

Meanwhile, the show makers have been eagerly looking for Disha Vakani’s replacement in Taarak Mehta Ka Ooltah Chashmah. Earlier producer Asit Kumarr Modi had spilt the beans on the same and told ETimes, “The reason why it took us so long to replace Disha is that after getting married, Disha did work for some time. She then took a break and had a baby and continued her break to raise her child. She never quit the show. Humko umeed thi ki Disha will return. But then there the pandemic struck. There were too many restrictions on shooting during that time. Even though we were taking all the necessary precautions, Disha said she was scared to return to shooting.”

Coming back, what are your thoughts on Disha Vakani’s glamorous avatar in this old video? Do let us know by dropping in your comments below.