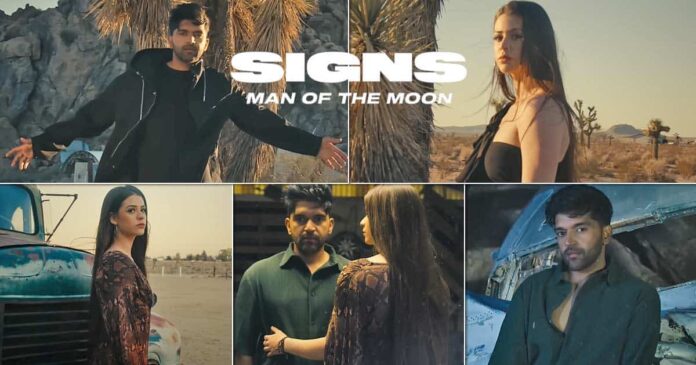 ‘Signs’, the first music video from Guru Randhawa’s album ‘Man of the Moon’ was unveiled on Saturday. It’s a fast-paced song based on the character stranded on deserted land as he reminisces memories from the past.

The song has been composed, penned and sung by Guru Randhawa. Directed by Rupan Bal, the music video is a visual treat for Guru Randhawa fans as he emotes helplessness, heartache and solemnity with his expressions and vocals.

Talking about the track, Guru Randhawa said: “As promised, every song on the ‘Man of the Moon’ album reflects a different mood and the music video for each of these are also extremely distinct.”

“Signs is one of my favourites from the album as we’ve tried to incorporate different elements in the composition and in the visuals. Rupan Bal has done a fabulous job on making this music video on par with international standards,” Guru Randhawa added.

Bal said in a statement: “It’s a pleasure to work with Guru Randhawa who completely went with the vision I had in mind for the music video of this track. We also had a supportive producer in Bhushan Kumar who made every effort to bring this vision to life.”

The music video of ‘Signs’ produced by Bhushan Kumar is available to stream on the T-Series YouTube channel.