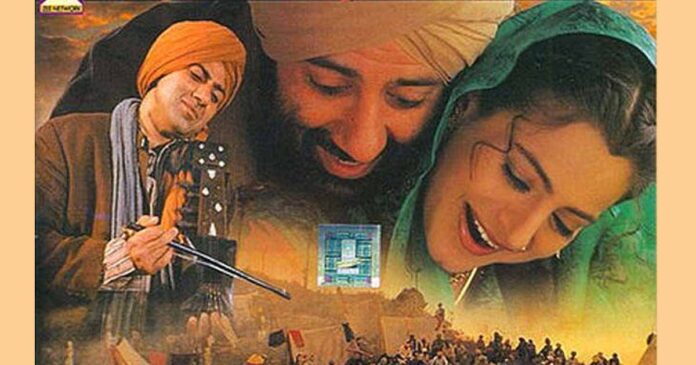 Sunny Deol was truly unbeatable in the action genre during his prime. Even today, the actor possesses a loyal fan base, which is eagerly waiting for his epic action comeback. As we all know, Sunny‘s Gadar was a historical blockbuster and is still one of the Indian films which enjoyed record footfalls. As the veteran is coming up with part 2 soon, he talks about the prequel’s re-release and below is all you need to know.

Gadar which also starred Ameesha Patel and Amrish Puri in key roles released way back in 2001. The period action-drama had perfect patriotic shades in it and was a rage at the box office. It went on to create several records, which are tough to beat even today. With so much glory in the kitty, director Anil Sharma has teamed up for part 2 after two decades.

For the unversed, Gadar 2 has already gone on floors and a bit of shoot has been done. While talking about the film, Sunny Deol spoke about the idea of re-releasing the prequel for the young generation. Talking to Pinkvilla, he said, “I think, they (producers) should put that out again on the big screen so that today’s generation can see the film and judge for themselves what it (the euphoria) was.”

Amid the re-release trend, Sunny Deol’s idea makes sense and it will even set the stage for Gadar 2. Let’s see what the makers think about it.

Sunny Deol further added about the progress of Gadar 2 as he said, “I am very confident about the film. Whoever I meet want to see something and we are giving them that in Gadar. We resume shooting in October and wrap it up by December. It will be an early 2023 release.”

Must Read: Did You Know? Hrithik Roshan Was Once Declared ‘Unfit’ By Doctors & Restricted From Doing Action Movies Or Dancing: “It’s Nothing Short Of A Miracle…”