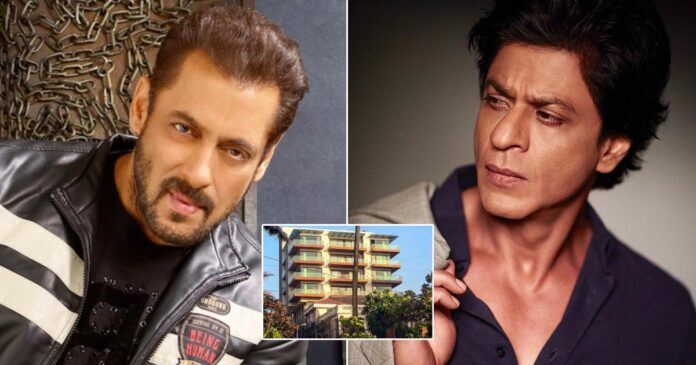 After being at the loggerheads, Salman Khan and Shah Rukh Khan became the BFFs that anyone would ask for. The superstar duo has worked together in iconic films like Karan Arjun, Kuch Kuch Hota Hai, Hum Tumhare Hain Sanam and Har Dil Jo Pyaar Karega among others. A few latest reports also stated that SRK and Dabangg Khan are coming together for a larger-than-life film that might be bankrolled by Aditya Chopra.

While fans continue to wait for the update about SRK and Salman’s upcoming film with bated breath, Sallu Bhai has made an interesting revelation in his latest interview.

Recently, Salman Khan revealed that much before Shah Rukh Khan made Mannat his heavenly abode, it was first offered to him. Yes, you heard that right! Mannat, which is no less than a monument in India, often sees an ocean of fans waiting outside to celebrate Eid and SRK’s birthday. As per the current price, the property values approx 200 crore. SRK lives in the sea-facing bungalow with his wife Gauri Khan and 3 kids- Aryan Khan, Suhana Khan and AbRam Khan.

Speaking to Bollywood Hungama, Salman Khan was heard saying, “That bungalow of his (Mannat). But it had come me first, when I had just started off. My dad (film producer and script writer Salim Khan) said itne bade ghar mein tum karoge kya (what will you do in such a big house). I want to ask Shah Rukh, itne bade ghar mein karta kya hai tu (what does he do in such a big house).”

Coming back, Shah Rukh Khan and Salman Khan are rumoured to have cameo appearances in each other’s upcoming films like Tiger 3 and Pathaan, respectively.