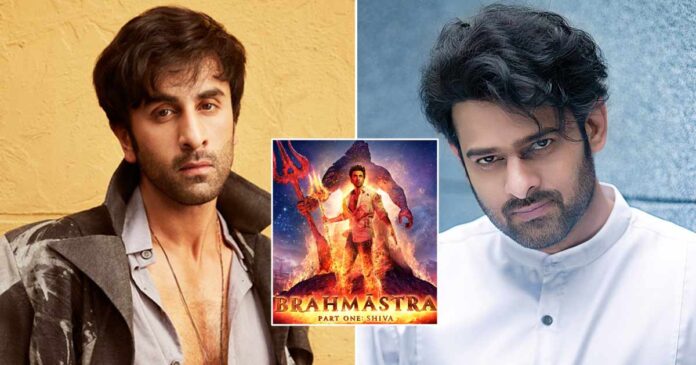 Ranbir Kapoor returned to the big screens after 4-long years. What was being touted as his comeback in Bollywood is turning out to be a big disappointment. Of course, no one could predict that especially not the fact that the Karan Malhotra directorial will not even be able to recover its budget. But moving on, will Brahmastra turn his saviour and help him finally surpass Prabhas in Koimoi’s Star Ranking? Scroll below for details.

It is none other than Bollywood’s Dabangg who’s on top of the Koimoi’s Bollywood Star Power Index aka Star Ranking with 2500 points. It basically works on the total of the 100 crore club (100 points) to 500 crore club (500 points) that any actor enters.

Currently, Ranbir Kapoor is at 600 points with 3 of his films (Ae Dil Hai Mushkil, Yeh Jawani Hai Deewani and Barfi!) entering the 100 crore club with its collections and one film (Sanju) doing 300 crore+ business. Baahubali star Prabhas, on the other hand, has 700 points in his kitty.

One expected Shamshera to at least enter the 100 crore club. Everything was working decently for the film as far as the pre-release buzz was concerned. The star cast of Ranbir Kapoor, Vaani Kapoor, and Sanjay Dutt was eye-popping, promotional strategies were done right, and promos were praised but word of mouth spoiled the party as soon as the film was released. The film has worked way beyond expectations and currently stands at 20.75 crores after its 2-day run.

While that remains about Shamshera, fans were eager to see Ranbir Kapoor leave behind Prabhas in Star Ranking. But will Brahmastra finally be the next film that helps RK finally achieve that feat by gaining him 100 points?

Brahmastra is a fantasy film directed by Ayan Mukerji and stars Ranbir along with Alia Bhatt, Amitabh Bachchan, Mouni Roy, and Nagarjuna in pivotal roles. The film released its first song Kesariya and it has been quite the talk of the town. There also remain reports that Shah Rukh Khan will be making a cameo while Deepika Padukone will join the bandwagon as Parvati in the next part. Everything so far is in favour but is the creation good enough to win praises at the big screens? Only time will tell.

Meanwhile, check out the 25 actors in order of their rankings by visiting ‘Stars Power Index’ under the ‘Power Index’ section on Koimoi.com