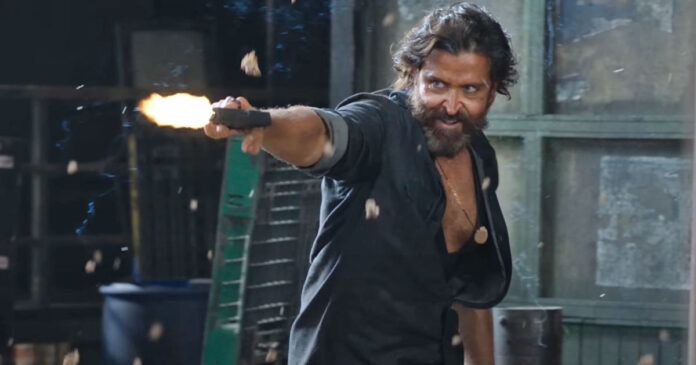 Vikram Vedha starring Hrithik Roshan and Saif Ali Khan is enjoying its day 2 theatrical run today across the country and there are positive signs coming in for the film. Not just multiplexes but even the single screens are showing a rise as per initial reports. Keep reading to know more about the occupancy of today’s morning shows.

VV was released yesterday and is in a clash at the box office with Mani Ratnam’s Ponniyin Selvan 1. As expected, PS 1 is dominating the show down South, whereas VV is working in the Hindi belt. Speaking about the Pushkar-Gayatri directorial, it is receiving positive reviews so far which has now started translating to the numbers.

As per the trade reports flowing in, Vikram Vedha has recorded a decent start in today’s morning shows. The average occupancy has been in the range of 24-27%. It’s a good sign when compared to yesterday’s 13-15% occupancy in morning shows. The occupancy is expected to be much better in afternoon shows and then to pick up more for evening and night shows. Overall, VV is heading for a good Saturday!

Meanwhile, a couple of days before Vikram Vedha’s release, Kareena Kapoor Khan tagged her husband Saif Ali Khan and Hrithik Roshan, with whom she has worked in films such as ‘Yaadein’, ‘Kabhi Khushi Khabhie Gham’ and ‘Main Prem Ki Deewani Hoon’ as best actors after watching VV in a special screening.

The actress also called the film a blockbuster. She took to her Instagram story and shared a poster of the film and wrote: “Best film, best actors, best story, best directors, what a film… a blockbuster.”