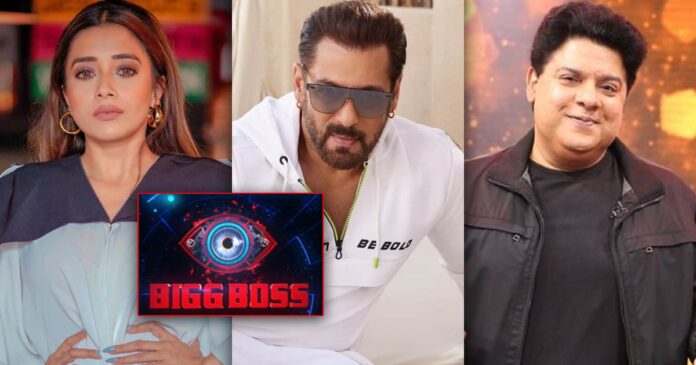 Salman Khan hosted Bigg Boss 16 and has been making headlines ever since the teaser was shared on social media. The show is all set to premiere today and fans waiting with bated breath to know who will be participating in the upcoming season. Today we will reveal the confirmed contestants of the show.

Often the makers of the show rope in contestants who can keep the audience entertained. This time too, fans will see popular celebs including those who have had a controversial past. Let’s have a look at the confirmed contestants below:

Nimrit is one of the popular actresses in the Indian television industry. She rose to fame with Choti Sardarni and now she is all set to enter Bigg Boss 16 tonight. Previously, the actress quit the daily soap earlier this year owing to health issues, reports ETimes.

Tina is a well-known actress in the Tv industry. She started her career on television with Sister Nivedita in 1996 and went on to star in several shows. The actress found fame with daily soap Uttaran and now she is all set to entertain the audience in the Salman Khan-hosted reality show.

Ankit is popular for his role as Fateh Singh in Udaariyan. However, he has appeared in shows like Sadda Haq, Balika Vadhu, Begusarai, and Mayavi Maling. Now the actor has quit Udaariyan post leap and will enter the controversial reality show.

Sumbul has done shows like Jodha Akbar, Waaris, and Ishaaron Ishaaron Mein. However, she rose to fame with Imlie where she played the titular role. Her chemistry with Fahmaan Khan was loved by the audience. After the show took a leap, both actors had to leave the show. Now she will be entering Bigg Boss 16 tonight.

Manya is quite popular on social media as her glamour and glitzy pictures often go viral on Instagram. She was the winner of Femina Miss India in 2015 and the Global India National Stardom Awards in 2022. She is another contestant on Salman Khan’s show.

Soundarya has been seen in MX Player’s Raktanchal Season 2. Her appearance in a remix song with Bhojpuri industry’s superstar Pawan Singh has also brought her fame. Now the actress is all set to spice up Bigg Boss 16.

He is one of the popular actors in the TV industry. Some of the shows like Saat Phere: Saloni Ka Safar, Dill Mill Gayye, Suryaputra Karn and Naagin 4 are to his credit.

Bengali beauty Sreejita De was last seen in the TV show Yehh Jadu Hai Jinn Ka! However, the show ended in 2020. Now the actress will be seen in Bigg Boss 16.

Shiv is one of the few contestants who was already seen in Bigg Boss. He won Bigg Boss Marathi 2 and was seen as a guest in the third season. Apart from this, he has done reality shows like MTV Roadies Rising and The Anti-Social Network.

The model-turned-actress has done TV shows like Gathbandhan and Yeh Hai Chahatein. However, she shot to fame by playing the role of Tejo Sandhu in Udaariyan. Now she is all set to entertain the Bigg Boss 16 audience.

Sajid Khan is one of the popular filmmakers in Bollywood. Even though he was missing in action for some time now, he will be making a lot of headlines this season of Bigg Boss. He is also one of the ‘Me Too’ accused.

Just like Sapna Choudhary, who was seen in Bigg Boss 11, Gori Nagori is a dancer. She rose to fame after the popularity of her Rajasthani song ‘Le Photo Le’. With Bigg Boss 16, she might just get as much fame as Sapna.

Must Read: Karthikeya 2 Fame Nikhil Siddhartha Has A Hard-Hitting Reaction To RRR’s Academy Awards Entry Snub: “Why Do We Need A Certificate From Oscars?”