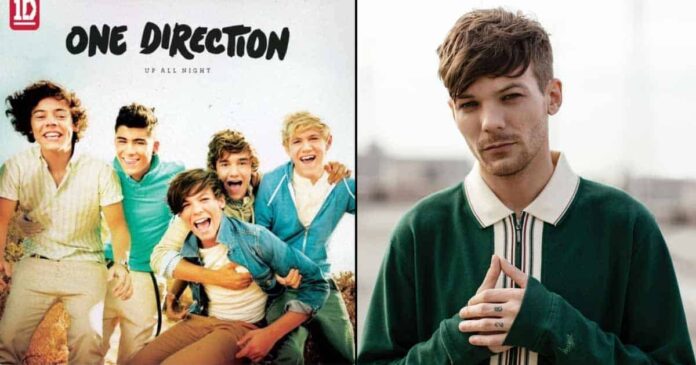 The British-Irish boy band One Direction was formed on the sets of THE seventh series of the Brit singing competition The X Factor in 2010. Originally comprising 5 members – Niall Horan, Liam Payne, Harry Styles, Louis Tomlinson, and Zayn Malik, the now-on hiatus band completed 12 years earlier this month. While Directioners across the globe celebrated the milestone, one of its members had something interesting to say.

During a podcast, last week, on the very day the band was formed a dozen years ago, the band’s eldest member – Louis spoke about their first studio album – Up All Night. Released in 2011, this album featured several chartbuster tracks like ‘What Makes You Beautiful,’ ‘Gotta Be You,’ ‘One Thing’ and more. The album became the UK’s fastest-selling debut album of 2011 and even debuted at number one on the United States Billboard 200 by selling 176,000 copies in its first week. In fact, with 4.5 million copies sold worldwide, it became the third global best-selling album of 2012.

Now, enough about what songs the debut One Direction album contained and the feats it attained, read on to know what Louis Tomlinson had to say about it – the album that put the boys on the world map and in the hearts of millions.

Louis Tomlinson, who was in Doncaster, South Yorks, appeared on the Smallzy’s Surgery podcast last week. While there, the eldest member of the British-Irish boy band, revealed what he thought of their first studio album ‘Up All Night.’ He said, “Twelve years ago today the band got formed.” While the co-host on the show congratulated Louis on the achievement and asked him about the album and its pre-production, the ‘Walls’ singer said, “the first album was sh*t anyways.”

Must Read: Taylor Swift Brutally Slammed For Her Private Jet Usage, Netizens Say “We’ve To Use Paper-Straw To Save The Planet”