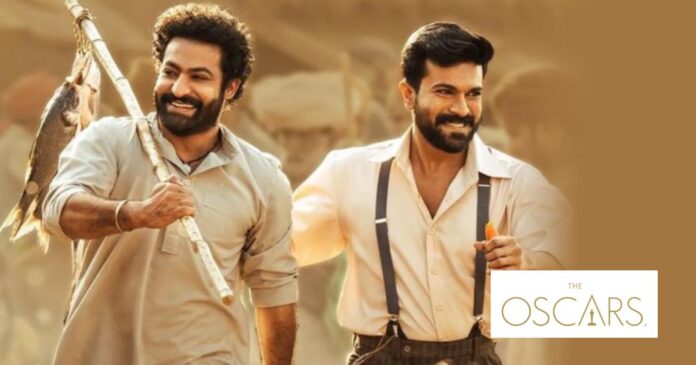 Master filmmaker SS Rajamouli is known for making larger-than-life films with grand visual spectacles and amazing actors. His recent release RRR went on to become this year’s biggest release as it crossed over 1000 Crore at the box office. Meanwhile, there are a lot of speculations that the movie might be in the race for Oscars, however, a leading international media house has now listed Jr NTR as the contender for the Best Actor award and fans can’t keep calm. Scroll below to read more.

Other than the Janatha Garage star, the Telugu-language epic action-drama film also stars Ram Charan in the lead, along with Ajay Devgn, Alia Bhatt, Shriya Saran, Samuthirakani, Ray Stevenson, Alison Doody, and Olivia Morris. The South actioner is a fictional story about two real-life Indian revolutionaries, Alluri Sitarama Raju and Komaram Bheem and their fight against the British Raj.

RRR is already getting worldwide recognition, as filmmakers such as James Gunn, Edgar Wright, Scott Derrickson, and others have shared a positive response to the film. On the other hand, looking at all the appreciation SS Rajamouli’s directorial is receiving, there were rumors that the period drama movie will be an official entry in the Oscars from India but nothing was confirmed. However, Variety has now listed Jr NTR as the possible contender in the Best Actor category.

Not just Jr NTR, even RRR is listed in the Best Picture category along with SS Rajamouli for Best Director. Even if one of them makes it to the final list, it’ll be the proudest moment for Indian cinema. Meanwhile, Ram Charan’s name was nowhere to be seen but this is not the final list and things might look different once the Oscars make any official announcement.

One of the largest Publication @Variety listed N T Ramarao as one of the Contender for ‘Best Actor – OSCARS 2023’@tarak9999 #RRRMovie pic.twitter.com/opAhYU2z2z

As everyone is aware that the James Bond makers are on a hunt to cast a new actor to play the titular character in the next series. So many names of the biggest Hollywood stars are making rounds, however, the creator of Marvel’s Luke Cage, Cheo Hodari Coker, feels Chiranjeevi’s son could play the role. Taking to his Twitter, he wrote, “Damn! That escalated quickly. Everyone knows Idris from, well, everything, but to get inside my thinking, watch Sope in “Gangs Of London,” Matthew G in “The Offer”, Damson in “Snowfall” and Ram in “RRR”. They all deserve a shot at a Savile Row suit and a Walther PPK.”

Damn! That escalated quickly. Everyone knows Idris from, well, everything, but to get inside my thinking, watch Sope in “Gangs Of London,” Matthew G in “The Offer”, Damson in “Snowfall” and Ram in “RRR”. They all deserve a shot at a Savile Row suit and a Walther PPK.

Let us know in the comments below how excited are you to see RRR star Jr NTR making it to the final list of the Oscars!