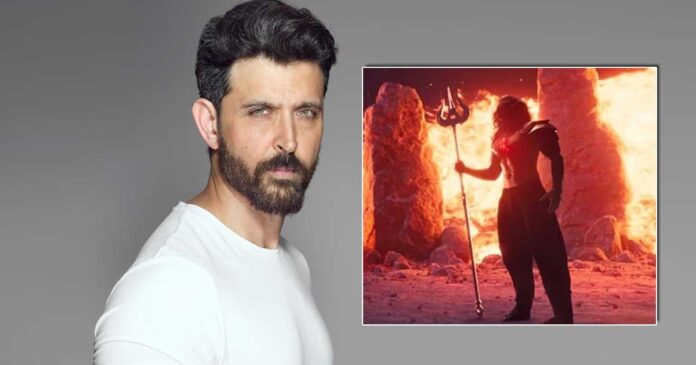 There have been a lot of speculations around who the Dev of Ayan Mukerji’s Brahmastra 2 is. The makers teased us with his chiseled figure and fierce attitude but it is only the second part of Ranbir Kapoor, Alia Bhatt starrer that will unveil his face. Previously names like Ranveer Singh and Shah Rukh Khan have surfaced online but is it Hrithik Roshan, who will play the titular role? Scroll below for all the details.

SPOILERS AHEAD: As most know, Dev is the ultimate villain in Ayan Mukerji’s astraverse. While Ranbir Kapoor aka Shiva is his son, strong reports suggest Deepika Padukone will be playing the role of his wife aka Amrita (who holds the power to control water).

Previously, many reports suggested that Ranveer Singh will be playing the leading role in Brahmastra 2. His bulked-up physique, and long hair in the past only made the rumours more believable. However, Shah Rukh Khan recently shared a shirtless figure and his long hair in Pathaan has led many to speculate if he is playing the role of Dev. Previously, he’s played the scientist/ Vanarastra in part one and many were left asking for more. Ayan Mukerji even reacted to it and confirmed that plans were being executed to create a spin-off to SRK’s character.

In a recent conversation with PTI, Hrithik Roshan has almost confirmed being a part of Brahmastra 2. The actor was asked about Ayan Mukerji directorial and Nitesh Tiwari’s Ramayan when he reacted, “What is happening? Nothing is happening. Next Fighter will start and then there is potential for others to be made, (including) the ones you spoke of. Fingers crossed.”

Well, that sounds really exciting! Hrithik may not have confirmed his role as Dev but at least we know that he could be a part of Brahmastra 2.

Must Read: Salman Khan Is Greater Than She-Hulk! Meme Teases An Uncanny Resemblance Between The Two & You Won’t Be Able To Unsee It