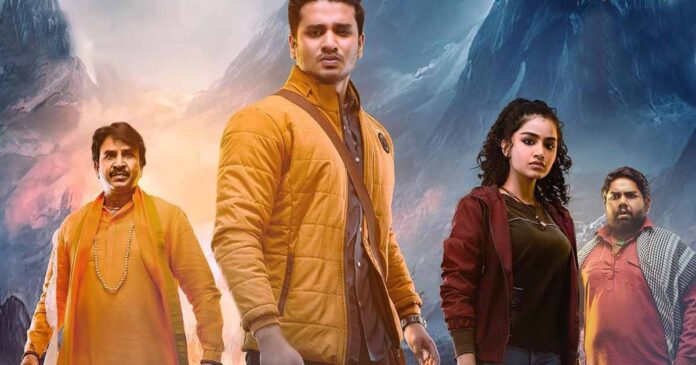 Karthikeya 2 is the one film that is actually collecting the most moolah at the box office currently about which no one had even heard on a pan-India level till 10 days back. That’s right! Leave aside the matter of buzz or no buzz, even its trailer was seen by the audiences who frequent Hindi films and I can bet that even to date, not many are aware of the leading man who is driving the show. Still, it’s the film as a whole which is working for the audiences, and that’s where the biggest win lies.

This was seen on Saturday as well when the collections rose further to 3.04 crores. On Friday, the film had collected 2.46 crores and now with this increase in footfalls evidenced on Saturday, rest assured Sunday would grow further and bring in additional numbers. So much so that it won’t be surprising if the 4 crores mark is crossed by the south import on Sunday, something that one wouldn’t have imagined till the release of the film.

The film has started spreading out wide and the failure of Laal Singh Chaddha and Raksha Bandhan followed by the limited appeal of Dobaaraa has meant that Karthikeya 2 has a stage wide open for itself, especially amidst the mass belt. This can well be seen with the fact that now the film has crossed the 10 crores mark to stand at 11.25 crores, and the pace with which it is going currently, 15 crores total would be comfortably crossed today itself.