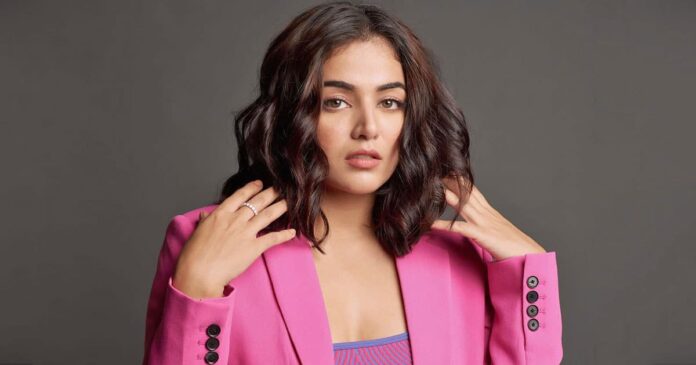 Actress Wamiqa Gabbi, who was recently seen in OTT series ‘Modern Love Mumbai’ and ‘Mai’ has been urging people through her social media to be considerate and mindful towards the strays as several Indian cities continue to be lashed by heavy rains. Furthering the cause and message, the actress recently spoke about problems faced by strays during the monsoons.

She said, “It’s hard to feel hungry, cold and not able to say a word. Monsoon has arrived and it is not a happy season for the street animals. Hence I have been urging everyone through my social media to help animals during these times.”

Sharing her line of thought of helping the animals, Wamiqa Gabbi  further mentioned, “Give shelter to strays, feed them food when possible and also be mindful of animals who take shelter below cars to avoid the heavy spell of rains. I have also been using my contacts in Punjab who I have worked with for animal adoption to create more awareness on ground”.

Wamiqa Gabbi has been an advocate of animal rights and often promotes social work.

Besides Modern Love: Mumbai and Mai: A Mother’s Rage, Wamiqa Gabbi has also featured in the web series Grahan and will soon be seen essaying the role of Sivagami in Baahubali: Before the Beginning. Her film credits (in the Punjabi, Hindi, Malayalam, Tamil and Telugu industries) include titles like Jab We Met, Love Aaj Kal (2009), Nikka Zaildar 2, Ishq Brandy, 83 and the upcoming Khufiya.