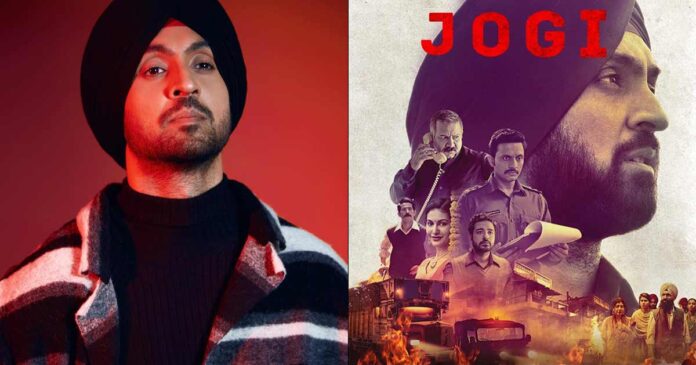 Diljit Dosanjh, who is all set for the release of his upcoming film Jogi on Netflix, has talked about working on a sensitive film centred around the anti-Sikh riots that erupted in Delhi after the assassination of Indira Gandhi in Delhi in 1984.

Dosanjh, who was helmed by ace director Ali Abbas Zafar, who’s best known for ‘Gunday’, ‘Sultan’ and ‘Tiger Zinda Hai‘, said that it is important for a story of the kind around which the film revolves to be narrated with credibility and in a sensitive manner.

Jogi charts a story of three friends who unite to save hundreds during the riots that tear apart their city. Apart from Diljit Dosanjh, the film’s lead star cast includes Kumud Mishra, Mohammad Zeeshan Ayyub, Hiten Tejwani and Amyra Dastur.

In Jogi, Diljit Dosanjh’s character, Jogi, advocates brotherhood, unity and courage to fight against all odds and go the extra mile to protect his loved ones.