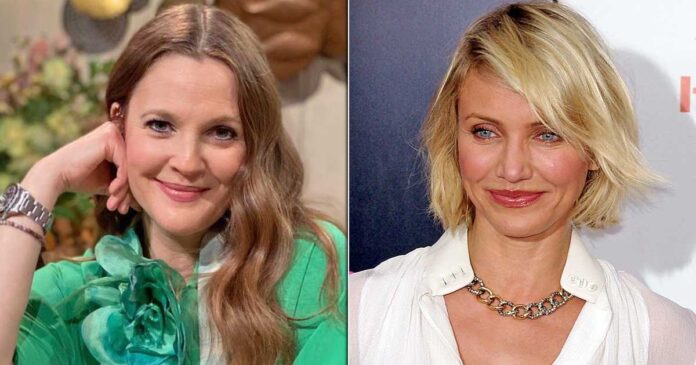 Hollywood star Drew Barrymore has revealed advice her “best friend” Cameron Diaz has been telling her since “the ’90s”.

In a new interview, ‘The Drew Barrymore Show’ host said that her pal has spent years trying to teach her how to be more environmentally friendly, reports aceshowbiz.com.

The “Charlie’s Angels” co-stars have been friends since the 1990s and Drew Barrymore has revealed she made a promise to eco-warrior Cameron Diaz to embrace sustainable living and she tries to take on plenty of her pal’s useful green living tips.

Drew Barrymore told People: “I made a promise to my best friend, Cameron Diaz, that I would become someone who she had been pushing me to be my whole life, which was environmentally aware, conscientious and living a certain lifestyle that was sustainable.”

She added: “She’s been saying this since the ’90s to me. Once I started living that way and really committing, (I) saw the world differently and it made me put it all into practice and action.”

Drew Barrymore shared she has made an effort to ditch plastic food storage bags, which she describes as her “favourite thing in the world”, and now also makes an effort to switch the water off when she’s brushing her teeth.

She continued: “Cameron would literally be like, ‘Stop letting the water run while you’re brushing your teeth! Don’t do that!’ And she always felt like that big sister, leaning into me.”

Cameron Diaz is a longtime champion of environmental issues and previously explained how she tries to make a difference every day but just doing small things at home.

Must Read: Harry Styles To Earn $100 Million, Stay For 15 Years & Do 5 Movies With Marvel, WOAH! Eternals’ Eros Is Just The Start