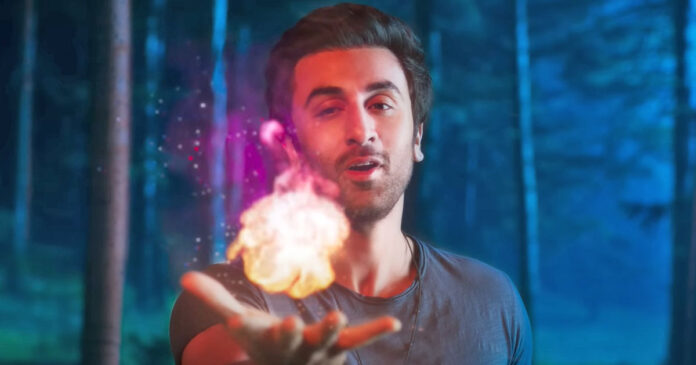 Ranbir Kapoor has consolidated his superstar status with Brahmastra. The film has taken a massive opening of 37 crores and apart from the fact that it is amongst the best that Bollywood has scored amongst all time openers, it’s also Ranbir Kapoor’s personal best since it has surpassed even Sanju

4 years back when Sanju had released, it had broken the record of Besharam by a distance. Now Brahmastra has scored huge too with 32 crores coming in Hindi and 5 crores coming from the south versions, hence accumulating 37 crores and going past Sanju score of 34.74 crores. As a matter of fact along with director Ayan Mukerji, he has set his personal records twice over. When his Yeh Jawaani Hai Deewani released, it was his biggest ever, only to be surpassed by Besharam a few months down the line. Now with Brahmastra, it’s an all time record again.

This isn’t all as Ranbir Kapoor now has 3 out of his Top-5 openers with Karan Johar’s Dharma Productions, what with Brahmastra, Yeh Jawaani Hai Deewani and Ae Dil Hai Mushkil finding a place right amongst the top.

Here is the list of Ranbir Kapoor’s Top-10 openers and interestingly, each one of these is a double digit opener, hence showcasing his consistency in box office pull:

Next up is Ranbir‘s film with Luv Ranjan in March 2023 and rest assured, he would looking at going even higher up with the romcom musical where he has Shraddha Kapoor as his leading lady.