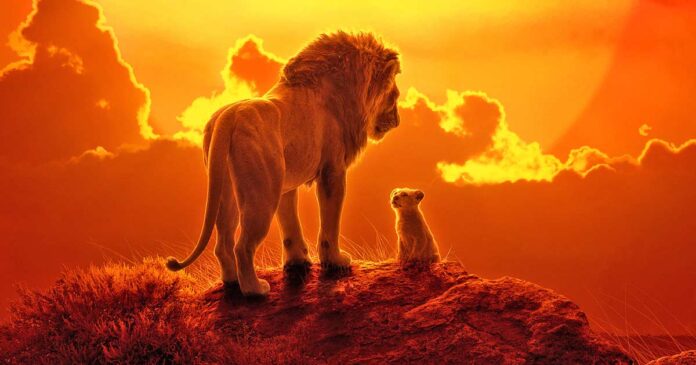 Originally announced in 2020 as a sequel to the 2019 film, ‘Mufasa’ tells the origin story of the iconic Disney father, exploring his childhood growing up with his brother Scar.

The film will feature the voice of Aaron Pierre and Kelvin Harrison Jr. as younger versions of the characters, filling in for James Earl Jones as Mufasa in both the 1994 original and the 2019 CGI remake, and Jeremy Irons and Chiwetel Ejiofor as the villainous Scar.

In addition to announcing the title, exclusive preview footage of The Lion King was shown to the audience of the D23 expo, reports ‘Variety’.

The footage began with Rafiki (John Kani) telling the story of Mufasa to young cubs, revealing that the lion was actually an orphaned cub who had to navigate the world alone until he rose to become the king of Pride Rock. As such, the film goes beyond the iconic Pride Lands to show him as a cub in a desert, where he is swept away by a flood and becomes an orphan.

“In this place a lion was born without a drop of nobility in his blood,” Rafiki narrates.

“The lion who would change our lives forever.”

Although brief, the footage also included narration from Billy Eichner’s Timon, in a meta joke tag for the footage: “Wait wait wait, am I not in this story? I don’t feel seen.”

‘The Lion King’ is one of the most beloved Disney properties of all time, with the original remaining a critically acclaimed classic and grossing over $960 million worldwide.

The 2019 remake, which replaced the 2D artstyle of the original with realistic CGI animal renderings, received mixed reviews from critics but was even more successful, grossing over $1 billion at the global box office.

‘Mufasa‘ will be Jenkins third feature film, after directing the Oscar winning ‘Moonlight’ and ‘If Beale Street Could Talk’.a A release date for the film has not yet been announced.