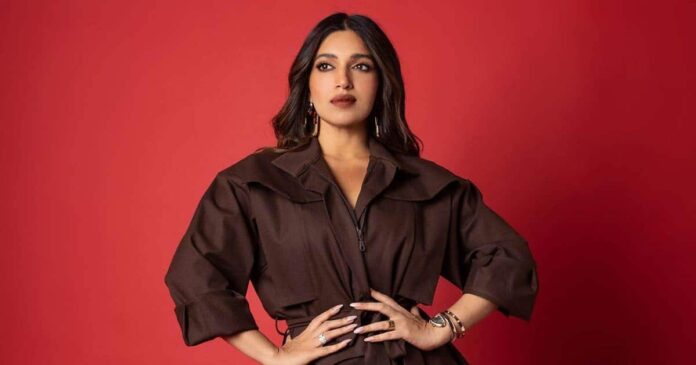 Bhumi Pednekar came and surprised everyone in Bollywood with her acting prowess. Seeing her transformation after her debut film Dum Laga Ke Haisha, it was sure that the actress is here to stay and that’s exactly what happened as she currently ranks among the top actress in the country. As the actress celebrates her birthday today, let’s have a look at her net worth and the assets she owns.

After impressing everyone with her acting in Ayushmann Khurrana starrer, Bhumi worked on some blockbuster films such as Toilet: Ek Prem Katha, Shubh Mangal Saavdhan, Badhaai Do, Sonchiriya and many more.

Being in the industry for just a few years, Bhumi Pednekar has already created her niche with the kind of films she acts in. As per reports, her net worth of over Rs 15 Crore, while she earns around 25 lakhs every month. Reportedly, her demand has increased over the years and currently, she charges around 2-3 Crore per film.

Although she doesn’t have a large collection of vehicles but her few cars show that she loves to travel in style. Reportedly, the actress owns a Mercedes-Benz S350d, a luxury sedan worth Rs 1.60 Crore as per Carwale, she also has an Audi Q7 that costs around Rs 82.48 Lakh along with BMW 730Ld for Rs 1.42 Crore and a Range Rover, estimated around Rs 75.18 lakh.

Bhumi Pednekar lives in one of the posh areas of Mumbai and owns a sea-facing apartment in the City of Dreams. Although the house cost is unknown but looking at the grand interiors, it is sure the actress has shelled out a lot to build her dream home. The actress lives with her mom Sumitra Pednekar and sister Samiksha Pednekar.

Earlier talking about the house, the actress told Bombay Times, “It gives my mother and me a high to go around our little garden. We have grown both fruits and vegetables, including chillies, methi, chauli, dhania, baingan, tomatoes and strawberry. It’s thrilling to see the brinjal grow a little, or the tomato turning red, day by day. It adds another kind of joy to my mornings.”