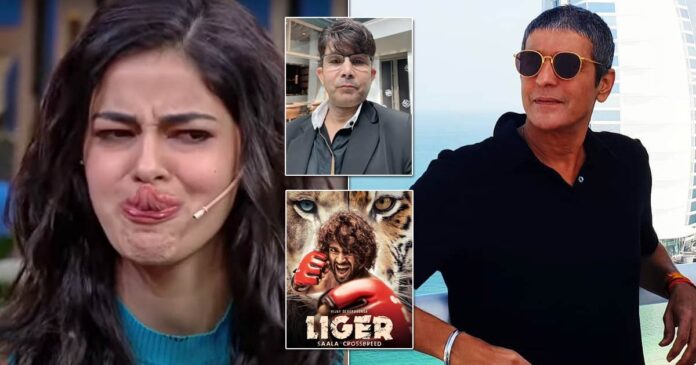 Vijay Deverakonda starrer Liger is finally for the world to see but the viewers aren’t truly impressed. Puri Jagganath directorial is facing a lot of social media backlash over its poor plot, screenplay and dialogues. Most netizens have expressed disappointment with the second half of the movie. But KRK is busy shaming Ananya Panday and her father Chunky Panday for their alleged ‘ghatiya’ acting. Scroll below for all the details.

Liger looked promising in terms of its advance bookings. Telugu was raking in huge numbers while other languages majorly depended on word of mouth. And well, we all know what happened about that. While expectations were for the movie to enter the 100 crore club like a cakewalk, it looks the film will not be able to reach even anywhere close to that.

KRK has shared a video review of Vijay Deverakonda led Liger. He began his opinion by referring to the South star as ‘Anaconda’ and that’s what he calls him the entire 9 minutes and 43 seconds. On the other hand, he blames Puri Jagganath for taking 160 crores and delivering a flop story, screenplay and dialogues.

Those are some really harsh words. Isn’t it?