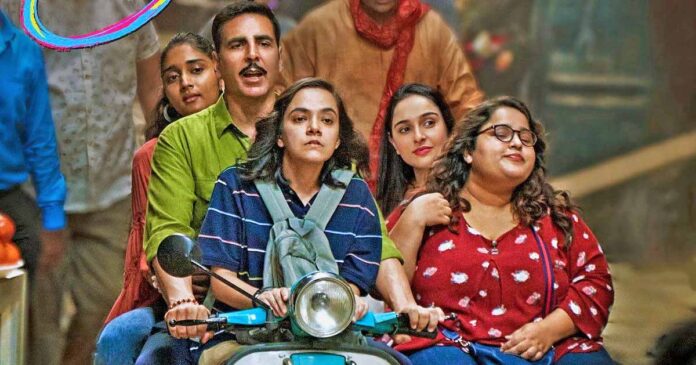 Raksha Bandhan Box Office Day 4 (Early Trends): Aanand L. Rai’s family comedy-drama with Akshay Kumar in the lead hasn’t had an impressive start at the box office. Despite clashing with Aamir Khan’s Laal Singh Chaddha, the Bhumi Pednekar co-starrer was looking forward to a perform better given the festive release and was expecting to rake in some good moolah.

Also starring Sadia Khateeb, Deepika Khanna, Smrithi Srikanth and Sahejmeen Kaur as Akshay‘s Lala Kedarnath’s sisters, the film saw a marginal rise in its numbers on Saturday and here’s how much it is likely to earn as per the early trends on Sunday.

Released on the occasion of Raksha Bandhan (Thursday, August 11) 2022, the Akshay Kumar starrer saw a dip after its opening day before picking up minutely the next day. The film collected 8.20 crore on Thursday, 6.40 crore on Friday and 6.51 crore on Saturday making its box office collection to dare 21.11 crore. As per the early trends for day 4 flowing in, the film will likely make an estimated Rs 7-9 crore at the ticket counters on Sunday.

With these numbers still on the lower end, Raksha Bandhan will have to put up a serious fight to collect some more crores at the box office during the extended weekend. With next week’s only big release being Dhanush-led Thiruchitrambalam and Vijay Deverakonda and Ananya Panday’s Liger releasing only on August 25, this Akshay Kumar starrer still has time to get in some more cash – especially with tomorrow being a national holiday.

The not-so-impressive box office number led to reports surfacing recently that exhibitors had decided to reduce shows of both Laal Singh Chaddha and Raksha Bandhan. While around 1300 shows of LSC were cancelled, 1000 RB shows were also not screened. With the film receiving mixed to not-so-good reviews, the word-of-mouth promotions aren’t high as well.

Must Read: Laal Singh Chaddha Box Office Day 4 Advance Booking: Chennai Is On Fire, While Other Cities Improve For The Aamir Khan Starrer