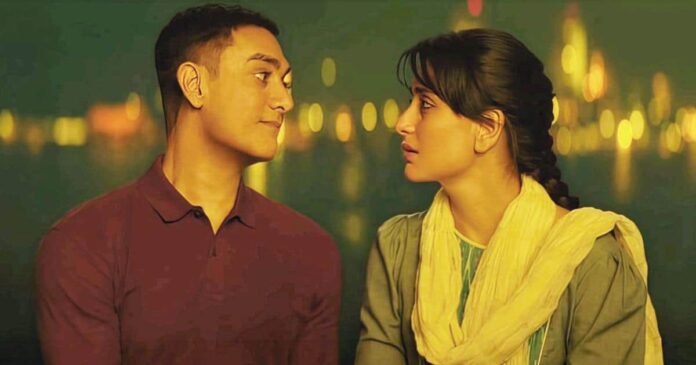 Laal Singh Chaddha Box Office Day 4 (Early Trends): Aamir Khan starrer is witnessing marginal growth from the last two days. The film also stars Kareena Kapoor Khan, Naga Chaitanya, and Mona Singh in pivotal roles and is helmed by Advait Chandan. The film grabbed many eyeballs as it was called for a boycott by netizens owing to the lead actor’s previous controversial comments. Aamir Khan’s Laal Singh Chaddha faced a major box office clash with Akshay Kumar’s Raksha Bandhan. The story which revolves around a brother and his 5 sisters is helmed by Aanand L Rai.

Who’d have thought two superstars will lock horns in front of the world and both will drown like this? While Raksha Bandhan is striving hard to sustain at the box office, the other has shown a little improvement in numbers.

As per the early trends flowing in, Laal Singh Chaddha saw a marginal growth at the ticket window on the 4th day. According to the latest media reports, the Aamir Khan starrer has minted around 10-12 crore* at the box office. Hmmm, better than yesterday! With the latest numbers, the film’s total collection now stands at 37.96-39.96 crore*. FYI, LSC garnered 9 crore at the domestic box office on Day 3 making a total of 27.96 crore in the first three days.

Laal Singh Chaddha earned 11.70 crore on its opening day and then saw a sharp decline and minted 7.26 crore on day 2 as Friday was a working day. Despite the long weekend, the film has failed to drag the audience to the theatre. Many believe that the boycott trend has seemingly affected the film’s collection.

This morning we told you, that Hrithik Roshan lent his support to the Aamir Khan starrer calling it a ‘magnificent’ movie. However, it backfired and made netizens call for a boycott of his upcoming film Vikram Vedha, which is the South remake of the film with the same name and also stars Saif Ali Khan in the lead role.

Coming back, while Laal Singh Chaddha saw a little jump on the 4th day we wonder if it will continue to do the same in the coming days. What do you think?