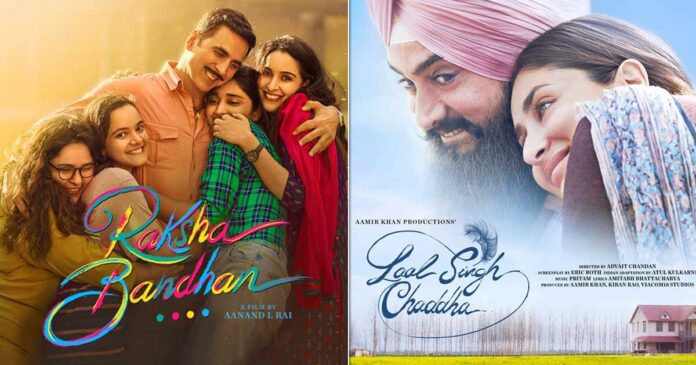 After a dull phase at the box office, there’s excitement in the air as Bollywood awaits the mega clash between Aamir Khan’s Laal Singh Chaddha and Akshay Kumar’s Raksha Bandhan. Both the film has the potential of putting on a smashing run it clicks well with the audience. But let’s see who is leading in the initial race of advance booking for day 1.

Both the biggies are scheduled to release on 11th August. Aamir and Akshay both have their loyal fan base. Aamir’s films majorly attract multiplex audiences, while Akshay always had a stronghold on single screens. Considering the same fact, Aamir’s LSC is leading in the initial phase over Akshay’s RB as advance booking has been started majorly in multiplexes.

So, we can see that Laal Singh Chaddha is leading slightly over Raksha Bandhan and it is expected to remain the same considering the tickets are reportedly a bit high for Aamir Khan’s film.

Apart from the advance booking, it will be interesting to see what would be final screen count of both the biggies. Stay tuned to Koimoi for screen count update and more box office stories.

Must Read: Vikrant Rona Box Office (All Languages): Slows Down After A Good Initial Start, 100 Crores Looks To Be A Tough Task Now