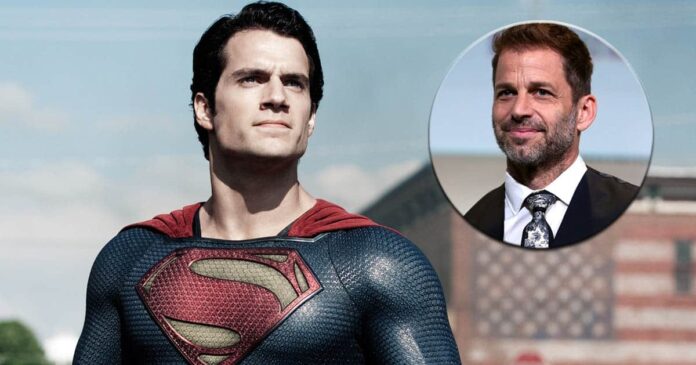 Warner Bros in the DCEU department is in the most chaotic situation they ever must have been. The studio has a new boss, a new merger, zillion controversies, delayed projects and to top it all a fan movement demanding something they aren’t intending to give as of now. Yes, the last part was about the SnyderVerse. Zack Snyder entered the studio in 2013 with the Man Of Steel. The movie also marked Henry Cavill’s Superman debut as an acclaimed piece of art.

But almost a decade later now, it is still a hot topic of discussion, because WB refuses to bring in Zack and even Henry back. Making news now is the score of the movie. While Hans Zimmer made an epic score for the Man Of Steel and stole the show, as per the latest revelation Snyder wanted to use the iconic John Williams score.

The original John Williams score for Superman is an iconic piece of music. But as per storyboard artist Jay Olivia, who worked with Zack Snyder on Man Of Steel, the studio did not let them use it in Henry Cavill starrer Man Of Steel. He even talks about accusations of Restore The SnyderVerse movement being fueled by bots. Read on to know more.

Jay Olivia was engrossed in a Twitter conversation about the SnyderVerse and Zack Snyder’s DCEU future when a fan pointed out that the Snyder fans who didn’t want to hear John Williams Superman score in Man Of Steel, actually added to the notion that the movie ‘hated Superman and all he stood for’. Reacting to this, Jay Olivia wrote, “If I had heard that then I would have responded that both Zack and I loved that theme but the studio wouldn’t let us use it because they wanted something new for this Superman. It turned out to be a good thing because Hanz’ theme was perfect.”

However, Olivia even spoke about the time Warner Bros accused that the Zack Snyder Cut Of Justice League Movement and Restore The SnyderVerse movement is being fueled by bots. He wrote, “I can’t tell you how to feel and frankly you can hate on whomever you want to. When I hear “snydercult” or “Snyderbots” or any number of terms directed at the snydercut movement, I don’t take it personally nor do I think they are talking to me or 90% of Zack’s fans.”

He added, “When the media called us all bots.. what did I do? I made a joke tweet saying I’m a “bot” and proceeded to post Transformer pics. Life is short and I don’t have the patience to let petty crap get to me and we should all celebrate what we did as a fandom.”

If I had heard that then I would have responded that both Zack and I loved that theme but the studio wouldn’t let us use it because they wanted something new for this Superman. It turned out to be a good thing because Hanz’ theme was perfect.

Must Read: Amber Heard Thinks She & Angelina Jolie Are A ‘Dream Pairing’, Reached Out To Eternals Actress For Help After Losing Johnny Depp Trial?