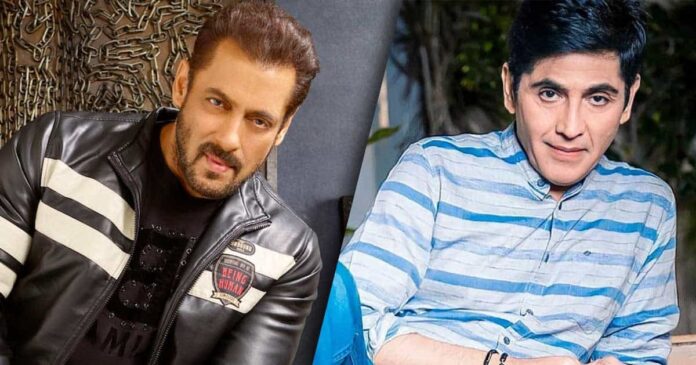 Salman Khan is a man with a golden heart and till now, everyone would be aware of it. He has always helped his friends from the industry during their worst times. One such actor is Aasif Sheikh, who is popularly known for his portrayal in Bhabiji Ghar Par Hain. He once recalled how Salman supported him during his rough phase.

Aasif is highly popular for his portrayal of Vibhuti Narayan Mishra in Bhabiji Ghar Par Hain. The show has been running successfully for years and Aasif is undoubtedly one of the major reasons behind its success. But not many would be aware that before gaining fame with the show, the actor has contributed a lot through films.

For those who don’t know, Aasif Sheikh has acted in several memorable films. His portrayals in Karan Arjun, Jodi No. 1 and other films are well known. But the journey hasn’t always been consistent for Aasif. There was a time when the actor was out of work and Salman Khan helped him to get through it. The Bhabiji Ghar Par Hain actor himself had revealed about it while talking to Times Of India.

Aasif Sheikh shared, “My friendship with Salman Khan goes a long long way. It was the time when Salman’s first film Biwi Ho Toh Aisi and my film Yaara Dildara were released. Since that time we have been friends. He is like a family friend. Salim uncle (Salman’s father) is very fond of me. He loves me a lot. Salman also respects and loves me a lot.”

“There are times when we don’t meet for months but whenever we meet we are on the same page. I really really appreciate Salman as he got me a couple of good films when I was going through a very rough phase. It’s a great friendship between Salman and me,” the actor added.

We wish the bond between Aasif Sheikh and Salman Khan remains the same forever!

Must Read: Deepika Padukone Saying “I’m A Married Woman Now” To A Poor Fan Is Making Us Go ROFL – Watch It Right Away