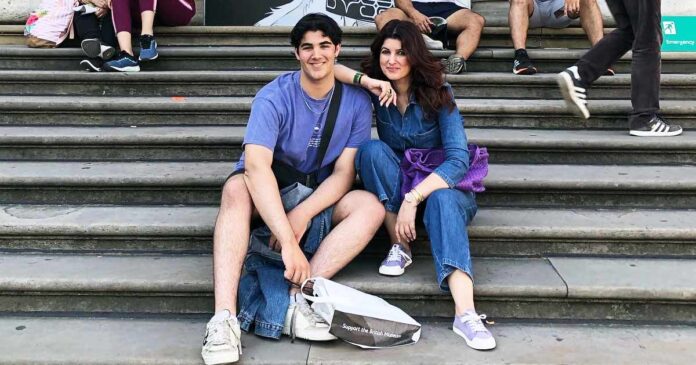 Twinkle Khanna is one of the most intelligent, wittiest and humourous celebrities in Bollywood. Not only her husband Akshay Kumar but also her BFF Karan Johar is often scared of her when she starts firing people on social media and in real life. We’ve seen how brutally she can roast people on Koffee With Karan multiple times. Yesterday, Khanna along with her kids Aarav and Nitara made a stylish appearance at the Mumbai airport and their dress sense didn’t go well with the netizens who trolled her for their fashion sense. Scroll below to read the scoop.

Khanna might not have had a successful Bollywood career but is definitely having a kick-a** career as an author. Her wit is quite popular in Bollywood and her husband Akshay often praises her for the same during media interactions. Coming back to the topic, Twinkle was spotted at the Mumbai airport along with her kids and is now getting trolled for their fashion sense.

Twinkle Khanna along with her kids Aarav and Nitara made a stylish appearance at the airport donning casual avatars. Khanna was dressed in an olive green-coloured top which she paired with blue denims.

How cute are these two siblings!

What are your thoughts on Twinkle Khanna and kids getting trolled for their fashion sense? Tell us in the comments below.

Must Read: Ranveer Singh’s Controversial N*de Photoshoot Gets A Hilarious “You Can See His Bum” Twist By Yashraj Mukhate & We Can Already Sense It To Be A Next Viral Thing!