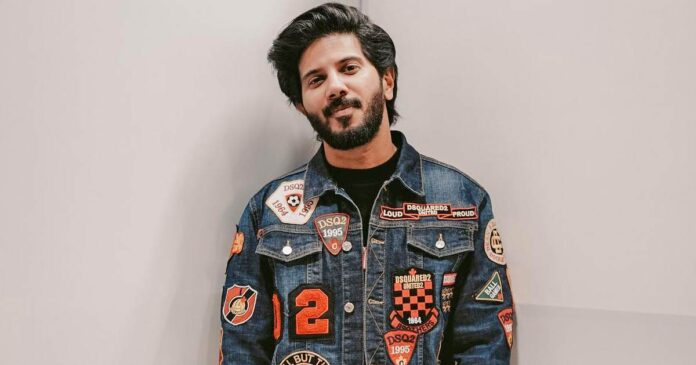 Malayalam star Dulquer Salmaan, who essayed the role of a serial killer with a warped mind in the psychological crime thriller film ‘Chup: Revenge of The Artist’, has called his role in the film the most experimental one for him till date.

The film has been directed by R. Balki, who is known for his movies such as ‘Cheeni Kum’, ‘Paa’, ‘Shamitabh’ and ‘Pad Man’. The film, which pays homage to the late director Guru Dutt’s film ‘Kaagaz Ke Phool’, which was severely panned by the critics, tells the story of an artist who goes on a killing spree after he gets continuously criticised.

Talking about his character, Dulquer Salmaan said: “Stepping into the shoes of the serial killer Danny has been the most experimental role till date. Identifying with someone who wreaks havoc across the city murdering critics, the mere thought is frightening. The narrative delves into every layer of a criminal’s mind, challenging the viewers’ psyche and morality in the process. ‘Chup: Revenge of the Artist’ is not your usual detective drama. The relentless and heart-stopping thriller will amp up your expectations.”

‘Chup: Revenge of The Artist’ is a unique narrative supported by great performances and stimulating cinematography that will leave the audience at the edge of their seat.

The film is all set to have OTT premiere ZEE5 on November 25 in Hindi, Telugu, Tamil, Kannada and Malayalam.

Sunny Deol said: “Essaying the character of IG Arvind Mathur was a terrific experience. It was more like solving a jigsaw puzzle. The movie will be available on ZEE5 in 5 different languages and without revealing much I urge the audience to watch the film. It will leave you wide eyed with the deception and suspense.”

With Amit Trivedi and Sneha Khanwalkar’s melodious tunes and S.D. Burman’s songs in the backdrop, Chup: Revenge of the Artist depicts the cut-throat world of media. The movie will also feature Pooja Bhatt and Saranya Ponvannan in supporting roles and will also witness Amitabh Bachchan essaying a special cameo.

“‘Chup’ is an ode to the sensitive artist and Guru Dutt is right on top of that list. I have had the story for a long time and I am glad I finally wrote it. Guru Dutt’s finest work, ‘Kaagaz Ke Phool’, was heavily criticised, the film failed and he didn’t make a film after that. While tearing art apart, few think about the sensitivity of the artist. ‘Chup’ is a story that examines the insensitivity towards an artist’s work and also the flaw in the reaction of the artist towards such criticism. It’s a film about the dangerous consequences of mistaking responsibility for power,” director R. Balki concluded.