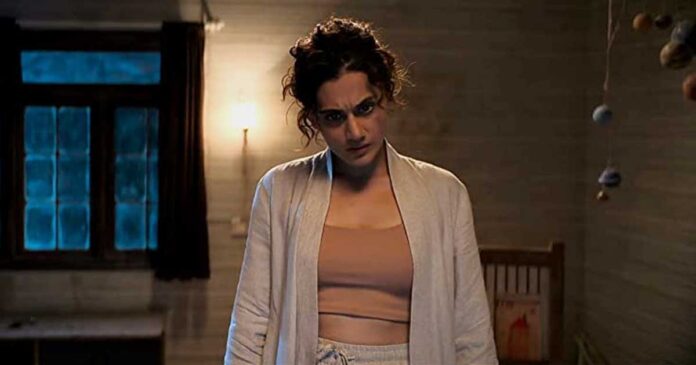 After collecting 0.72 crores on Friday, Dobaaraa saw some growth on Saturday as 1.15 crores* came in. From the percentage growth prospective, it has done well. However, from an absolute numbers perspective, a lot more was required to suggest an overall good week ahead. Ideally, the numbers should have doubled up and collections to the tune of 1.50 crores would have made the situation better for the film as then one could well have looked at 2.50 crores coming on Sunday as well.

Now it has to be seen where Dobaaraa heads up on Sunday since that would be crucial for the word of mouth to spread. The larger the count of the number of people who watch the film on Sunday, the better would be the prospects for more and more people to be aware of the kind of content that this Anurag Kashyap and Taapsee Pannu film is bringing on screen.

The core trouble in the last so many months has been that not many people are stepping in to watch a film even during the opening weekend, as a result of which the word of mouth is also minimal.

So far, Dobaaraa has collected 1.87 crores* and now the next challenge in front of it is to go past the 2 crores mark. That would be the bare minimum number expected for the film if it needs to keep its head over the 1 crore mark on Monday, and then beyond.

Note: All collections as per production and distribution sources.