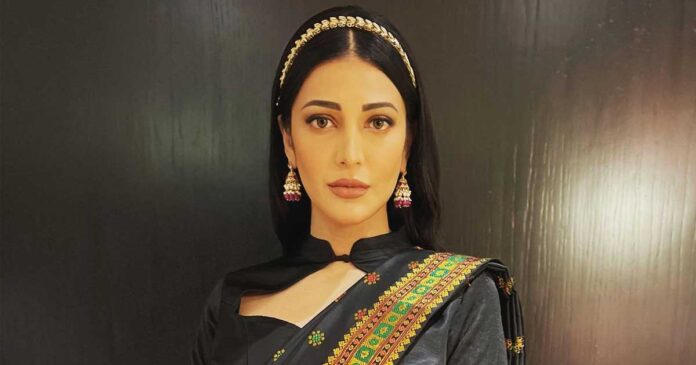 Shruti Haasan is never the one to give in when obstacles come her way and she has time and again proved this through her social media posts. She recently revealed that like many other young women in the country, she has also been dealing with PCOS (Polycystic Ovary Syndrome) but looks like her revelation paved the way for a series of other rumours related to her health. Haasan decided to put these speculations in place and even shed some light on how important it is to discuss certain women’s health issues.

For the unversed, Shruti will soon be seen playing a key role in the upcoming action-thriller film Salaar, which is all set to hit the theatres this year. Her character was introduced by the makers in January this year, as Aadya through a first-look poster, which was quick to go viral on social media. Apart from her, the movie will also feature Prabhas and Prithviraj while the direction is being done by KGF fame Prashanth Neel.

In the most recent turn of events, Shruti Haasan took to Instagram to clear the air about her being hospitalized due to a critical disease. “Hi to everyone from gorgeous Hyderabad, where I am working non-stop and having the best time. Just wanted to clarify that I had put up a post a couple of days ago about my workout routine and having PCOS, which a lot of women have. Yes, it is challenging, but no, it doesn’t mean I am unwell or in critical condition of any kind. And I have realised that some media outlets have blown it way out of proportion without reading the actual post, which is supposed to be positive”, she said.

Shedding some light on how she has been receiving calls from concerned well-wishers, Shruti Haasan said, “I also got calls today asking if I’m admitted to the hospital, which I am clearly not. I’m doing perfectly fine. I have had PCOS for years and I have been doing just fine. So, thank you for your concern.”

Tune in to Koimoi for more on South!