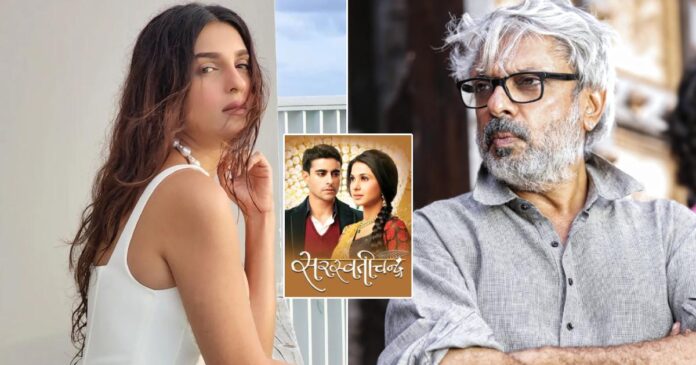 When it comes to creating magic on screen, Bollywood director Sanjay Leela Bhansali is always the go to. The director has given us some mesmerizing and highly commendable projects like Bajirao Mastani, Padmaavat, Devdas, Ram Leela, Gangubai Kathiawadi, and many more. He even has given the TV industry its very own Magnus opus with the 2013 drama Saraswatichandra.

The show produced by the director starred famous TV actors Jennifer Winget and Gautam Rode. During its time on TV, the show managed to impress the fans and won a massive fan following. However, when it comes to working with SLB, Bollywood actors have always revealed how hard it is to do so. Now, TV actress Shiny Doshi opened up on the same and it looks like she really went through some rough times while shooting for the show.

Shiny Doshi who is now a huge name in the TV industry and recently worked on another famous project ‘Pandya Store’, entered the industry via her debut in Sanjay Leela Bhansali’s Saraswatichandra. Being new to it all, Shiny during her recent interview revealed how tough it was for her to work on the show as she had no idea how to act and how she used to hear an earful from the director on the sets of the show.

While speaking to Hindustan Times, Shiny Doshi reveals her experience of working with Sanjay Leela Bhansali for Saraswatichandra. She said, “I shot the pilot of Saraswatichandra in 2012. Mujhe kuch nahi aata tha. My director had to yell and shout at me. It used to be very embarrassing for me. Thoda ajeeb lagta tha; lagta tha ki galat jageh toh nahi aagayi hoon main. You question yourself. Main daant sun lete thi and I used to break down in the washroom. I used to gather myself and go back to the set.”

This left the actress scared of him as she explained that the show was Sanjay‘s dream project and he wanted to be everything about ‘perfect’.

Shiny also revealed an incident that made her feel like quitting the show, the actress stated, “Bhansali Ji was sitting there for my look test. But wo daant bhi aapko perfect hi banati hai. Main itni daant khaati thi set pe. I felt like quitting 1000 times. Every day I used to feel that. Back then, every morning there was a lack of happiness and enthusiasm. Subah uth ke lagta tha ki aaj fir daant khane chalte hain.”

What are your thoughts on Shiny Doshi spilling the beans on working with Sanjay Leela Bhansali? Let us know your thoughts in the comments below.

Must Read: When Kareena Kapoor Khan Revealed Shahid Kapoor Informed Her About Marrying Mira Rajput Even Before The Media