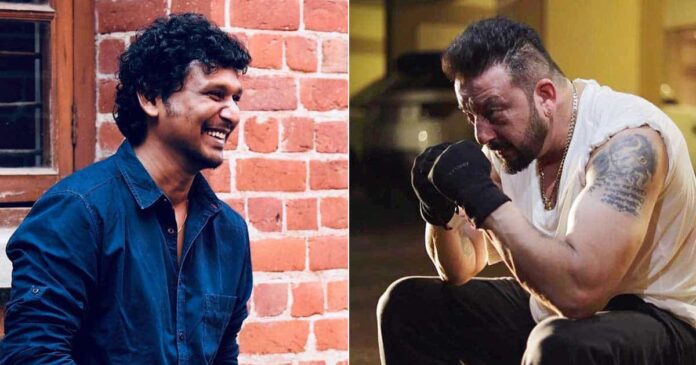 South filmmaker Lokesh Kanagaraj is coming up with his next film featuring Thalapathy Vijay. Now, reports are rife that Bollywood actor Sanjay Dutt has also been signed for the film. Don’t trust us? Read below to know further!

Thalapathy Vijay will have a salt and pepper look for the gangster-based action thriller. Now, Sanjay Dutt has been locked for the antagonist of the film. Vijay’s character is helmed on the lines of Rajinikanth in Baasha.

As per a close source of the development spilt the beans to Pinkvilla and said, “The script demands the presence of multiple powerful villains and who better than Sanjay Dutt to play one of the many baddies in this yet untitled film. Lokesh has been in conversation with Sanjay Dutt for a while now and things have finally fallen in place. The actor is been paid a gigantic amount of Rs 10 crore to act in the film.”

The source further added, “It’s going to be a Pan India release. Lokesh Kanagaraj is slowly getting fame in the Northern belt after the release of Vikram and he is planning to take things a notch higher with Vijay’s next. It’s a slow and steady process for Vijay as well to make a mark in the Hindi belts. This one will be his biggest release in the Hindi market.”

As per the speculations, Prithviraj has also been roped in for a negative role in the film Thalapathy 67. It’s targeting towards a Diwali release.

Must Read: Brahmastra First Review Out But It’s From The Same Place Which Called Films Like Race 3 Blockbuster, Zero: Simply Best & Prithviraj: Terrific