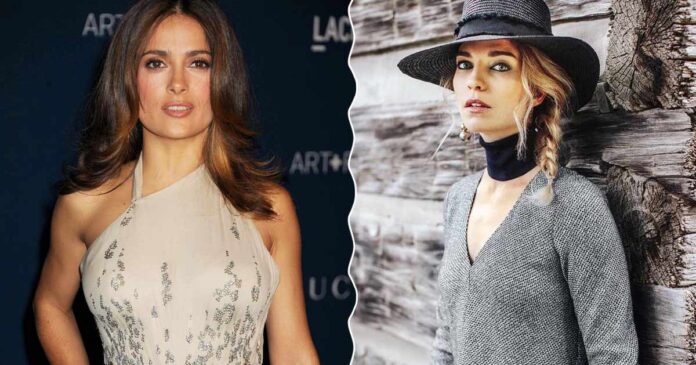 Salma Hayek and Annie Murphy are in talks to star in the new season of “Black Mirror”.

According to ‘Variety’, the dystopian Netflix series is slowly assembling a star-studded roster of talent for its long-awaited Season 6, with Salma Hayek and Annie Murphy the latest actors set to join the cast.

Rory Culkin, who was most recently seen in FX’s “Under the Banner of Heaven”, is also joining the show, it reported, citing “Deadline”.

She also starred in Ridley Scott’s “House of Gucci” and Marvel’s “Eternals”.

Meanwhile, Annie Murphy, who is best known for her Emmy-winning turn as Alexis Rose on CBC and Netflix’s “Schitt’s Creek”, starred in the new season of Netflix’s “Russian Doll”, and also leads “Kevin Can F*** Himself”.

‘Variety’ first revealed that a new season of “Black Mirror” was in the works back in May, though specific details about stories are still being kept under wraps.

It was known from the outset, however, that Season 6 would have more episodes than Season 5, which comprised just three instalments and starred Andrew Scott, Anthony Mackie, Yahya Abdul-Mateen II, Topher Grace, and Miley Cyrus.

“Black Mirror” began life on UK broadcaster Channel 4, where it aired for two seasons before moving to the streaming giant and gaining a more global profile.

Must Read: John Cena Credits Dwayne Johnson For Everything He Has Achieved In Hollywood: ‘He Is One Of The Reasons I Have Life Outside The WWE’