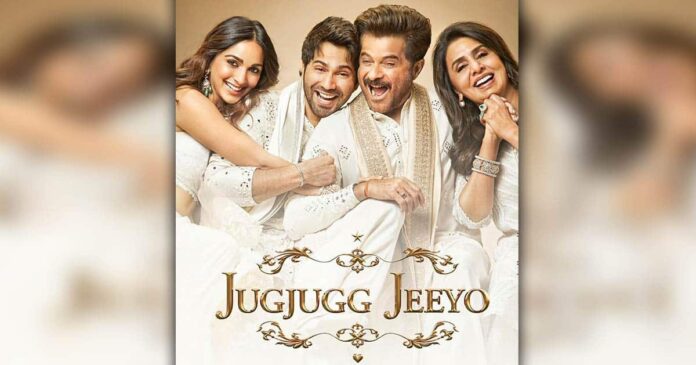 JugJugg Jeeyo is just 4 days away from its official release date and the cast members are leaving no stones unturned to promote their upcoming film. However, ever since the first trailer was released, the movie has found itself in the midst of controversy. Now a case related to copyright infringement has been registered in Ranchi. Scroll below to know more.

Directed by Raj Mehta, the movie stars, Varun Dhawan, Kiara Advani, Anil Kapoor and Neetu Kapoor along with Maniesh Paul and Prajakta Koli. The film has been bankrolled by Karan Johar’s Dharma Productions.

As reported by Bollywood Life, a Ranchi-based man named Vishal Singh has registered a case against JugJugg Jeeyo makers over the copyright issues. The man claims that the team has used his script which is originally titled Bunny Rani and only a few days remaining for the film’s release but there’s no credit given to him.

After Vishal Singh registered the case, the Ranchi court has now ordered JugJugg Jeeyo makers to screen their film before the court. On the other hand, the writer has even demanded Rs 1.5 Crores from the makers.

Meanwhile, the team has not shared any statement regarding the same and it’s not clear if the case will affect the film’s release.

Soon after the trailer launch, the same man had taken to his Twitter account and accused JugJugg Jeeyo makers of plagiarism. Taking to his social media, he wrote, “Had registered a story.. #BunnyRani with @swaindiaorg in January 2020. I had officially mailed @DharmaMovies in February 2020 for an opportunity to co-produce with them. I even got a reply from them. And they have taken my story.. and made #JugJuggJeeyo. Not fair @karanjohar.”

He also added, “Kahaani achchi lage agar.. baat karo.. haath milaao.. saath milke banaao? It doesn’t suit any reputed banner or for that matter.. any production house to do “Chori – Chakaari”. If it can happen to me.. it can happen to anyone in the #HindiCinema industry.”

JugJugg Jeeyo is scheduled to release on this Friday, June 24, 2022.

Must Read: Brahmastra: Ayan Mukerji Issues Clarification On Ranbir Kapoor Wearing Shoes In The Temple Scene: “In My Experience, We Only Take Off Our Shoes…”