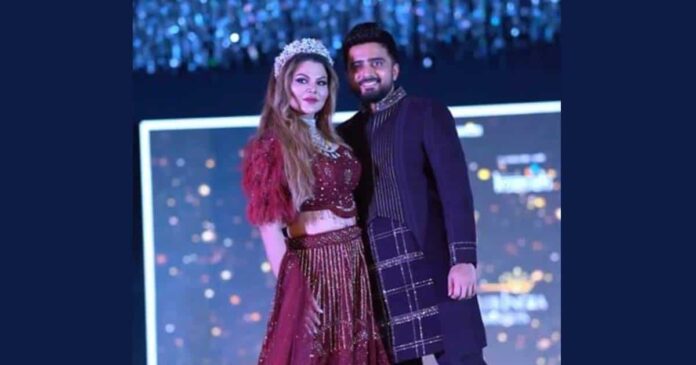 The drama queen of the entertainment industry Rakhi Sawant never leaves her fans disappointed with her everyday antics. Currently, she’s in love with Aadil Khan and whenever she makes a public appearance, she’s always seen talking about him. Yet again while interacting with the media, the actress claims although he likes seeing her in short dresses but he doesn’t like when she wears clothes in which her cle*vage is exposed.

For the unversed, before Aadil came into her life, the actress was allegedly married to Ritesh Singh. She kept his identity secret for over 2 years and last year, she entered the Bigg Boss house with him. However, things started falling between the two and a few months back she separated from Ritesh.

Rakhi Sawant was recently spotted outside her gym and as usual, she interacted with the paparazzi. While talking to them, she spoke about how much she loves him and how he has changed her as a person. In the video shared by Viral Bhayani on Instagram, she says, “Pehle main thodi bigdi hui thi ab sudhri hun, all credit goes to Aadil, main usse pyar karti hun isliye uski batein maan ti hun aur woh mujhse pyar karte hain isliye woh apni batein manwate hain.”

Let us know in the comments what do you think about Rakhi Sawant’s latest statement?

Must Read: Nia Sharma Reveals She Will Go For Love Marriage But Won’t Settle Down Due To Societal Pressure: “I Will Not Get Married Unless…” [Exclusive]