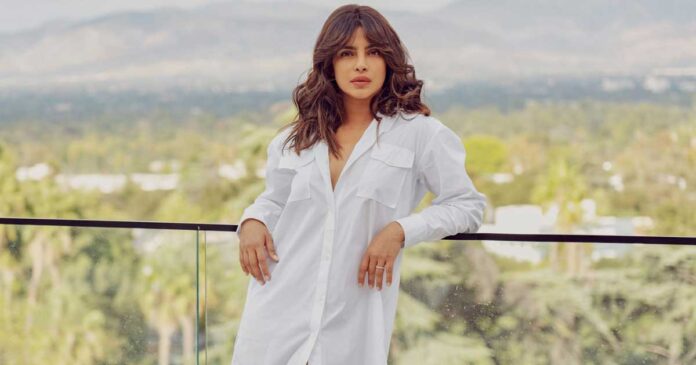 Priyanka Chopra is one of the biggest stars who also endorses a number of big brands. Before she became the global brand ambassador for Bulgari alongside Anne Hathaway and Blackpink’s Lisa, the actress featured in a jewellery commercial during her early days. The ad is currently making rounds on the internet and netizens are even calling her Son Pari as she is seen covered in gold. Scroll below to read more.

Recently, the actress was in the news after she expanded her business and launched her Homeware brand called Sona Home. The actress was slammed by Indians as many claimed that the products are too costly.

Meanwhile, a Reddit user recently shared an old jewellery ad featuring Priyanka Chopra. The actress gets full marks for her efforts. She looked radiant wearing a yellow dress, she is seen chasing CGI’d butterflies who later turn onto chains and necklaces. Further, PC is seen entering a jewellery store where she is seen bathing in gold.

Although Priyanka Chopra was fairly new when the ad was first made but now as the ad is going viral her fans are sharing their hilarious reactions. A user wrote, “Sonpari, tum idhar?,” another wrote, “beats Brahmastra graphics,” a third user commented, “Why is this giving me major teletubbies vibes,” a fourth commented, “It would have been such a foreshadowing if it was an ad for PC Jewellers. Those graphics look like they are straight out of 1970’s.”

On the work front, Priyanka Chopra recently finished the shooting of her web show, Citadel, she’ll be also seen in two Hollywood projects titled, It’s All Coming Back To Me and Ending Things. The actress also has Farhan Akhtar’s directorial Jee Le Zaraa along with Katrina Kaif and Alia Bhatt.

Let us know in the comments below what do you think about PC’s old jewellery commercial?

Must Read: Brahmastra: Ayan Mukerji Issues Clarification On Ranbir Kapoor Wearing Shoes In The Temple Scene: “In My Experience, We Only Take Off Our Shoes…”