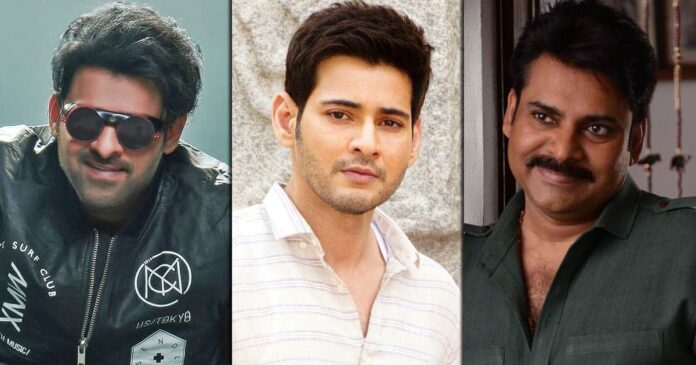 The trend of the re-release is getting quite popular in the South. Recently, Mahesh Babu fans have arranged a re-release of Pokiri on his birthday. It is now being followed by Pawan Kalyan fans. The list is just getting bigger as now, even Prabhas fans are planning to make their star’s birthday special by arranging special shows.

For the unversed, special shows of Pokiri were arranged on the occasion of Mahesh Babu’s birthday. The film was played in over 375 shows across the country on a particular day. As expected, Mahesh’s crazy fans flocked theatres and helped the film achieve a terrific record of making 2 crores+ gross collections in a single day through special shows.

After Mahesh Babu, Pawan Kalyan fans are celebrating their beloved star’s birthday tomorrow by arranging a special re-release. The shows of Jalsa will be held tomorrow and it will be surpassing Pokiri’s 375+ shows with its count of 500+ shows. The advance booking for the same has been started and the response is terrific so far. Trade experts believe it to easily surpass Pokiri’s collection of special shows.

With fandoms showing their craze for the favourite stars, Prabhas fans are no behind as they have already started planning a grand celebration on 23rd October, which is the Salaar actor’s birthday. If reports are to go by, his Billa will witness its re-release for a single day. It will be played with the 4K version in theatres.

As we all know, Prabhas enjoys a huge following not just in Telugu markets but across the country. So trade experts are predicting Billa to create a history for special shows by easily surpassing the box office numbers of Mahesh Babu’s Pokiri and Pawan Kalyan’s Jalsa. Let’s see what happens!