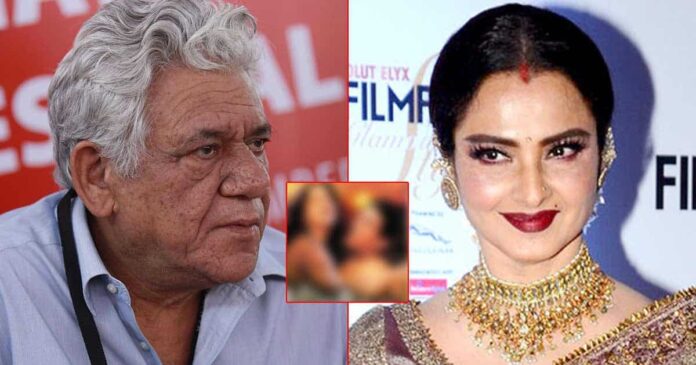 In yesteryear, Bollywood made a number of films that broke every barrier of romance on the screens. More than today, the B-Town’s yesteryear’s actress gave bold scenes and made headlines like never before- one of which is Rekha’s scene from Aastha: In The Prison Of Spring. The veteran actress Rekha is acknowledged as one of the finest actresses of Indian cinema who has given some finest performances of her career. Apart from her filmy career, the actress was always mired in controversies owing to her personal life.

For the unversed, starring Om Puri, Daisya Irani and others, Aastha: In The Prison Of Spring was helmed by Basu Bhattacharya and was released in 1997.

Reportedly, while shooting for Rekha and Om Puri’s love-making scene on the chair, the actor duo got physical in real so much so that chair was on the verge of breaking as it couldn’t bear both actors’ weight. As seen in the film, Om Puri played the role of Rekha’s husband and some hot scenes of the on-screen couple are readily available on the web.

Meanwhile, Rekha has been away from the limelight for quite some time. The actress was last seen in Shamitabh which starred Amitabh Bachchan, Dhanush and Kamal Haasan’s daughter Akshara Haasan. While we are yet to see Rekha in a ful-fledged role in any film, she often makes appearances on the TV reality shows.