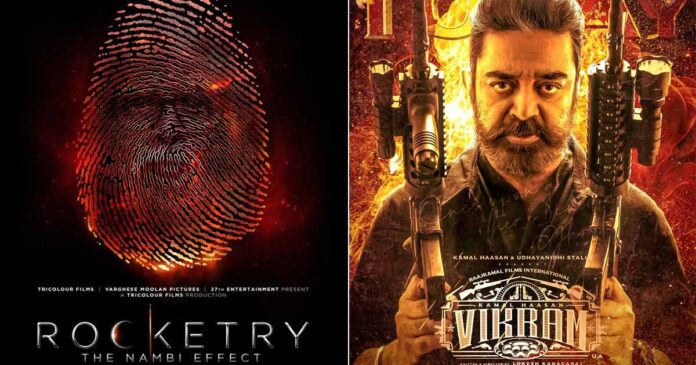 Rocketry [Hindi] has managed to get decent showcasing in the second week. At smaller as well as premium multiplexes, it is still being played at 1-3 shows each, which is a positive sign considering Thor: Love and Thunder has released as well and is playing a maximum count of screens. This isn’t all as Khuda Haafiz: Chapter 2 is the new Bollywood release and though it is catering primarily to the single screens market, it has its presence at the multiplexes too. Moreover, JugJugg Jeeyo is out there as well which has the same target urban audiences.

The exhibitors have retained Rocketry after the first week was around the 7.5 crores mark and then there was a fair hold on the 8th day as well. The film has now crossed the 8 crores mark and just like it happened last weekend, there should be a good jump evidenced today and tomorrow. That would help it get into a double-digit score for sure and post that it will comfortably go past the lifetime number of Kamal Haasan’s Vikram which had brought in 11 crores in its Hindi version.

The merits of this Madhavan film warrant a much better score since the actor, producer, and director has done well in all areas and won immense appreciation from all quarters. However, it has become a challenge in the current market scenario to actually pull out audiences from their home. With shows being retained for the film, one just hopes that it does cover some sort of distance. Post that it would definitely do better on the digital medium but a big screen has its own charm and this is where one would like to see initial acknowledgement coming.