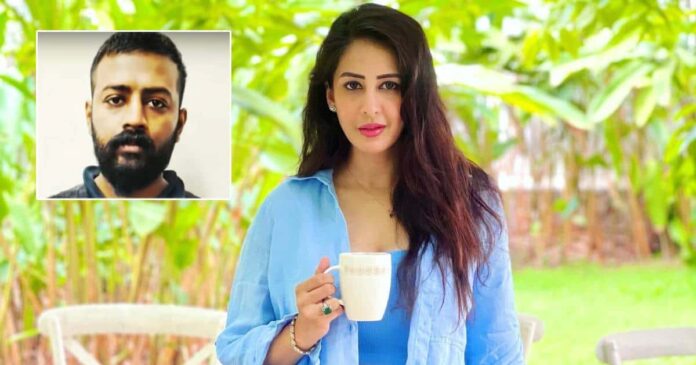 Eyeballs were raised when as many as 4 television actresses were named in the Sukesh Chandrashekhar extortion case. Earlier, Jacqueline Fernandez and Nora Fatehi have already been embroiled in the controversy and have been dealing with ED ever since. Now, Chahatt Khanna who’s been accused of taking money and gifts from the conman is breaking her silence and calling it all ‘twisted.’ Read on for details.

It has been revealed by the sources that Chahatt along with Nikki Tamboli and 2 other television actresses have been involved with Sukesh Chandrashekhar. The Qubool Hai star was given Rs 2 lakhs during her meeting with the con man in jail along with a blue colour Versace watch.

Reacting to all the claims, Chahatt Khanna told Hindustan Times, “When I say anything about the matter, the whole Chinese whisper game will begin. That’s why I want to stay quiet. But when the time comes, if I feel the need to tell the real story, I will definitely.”

Chahatt Khanna added, “If people draw conclusions without hearing my side of story, I can’t get bothered by it. They don’t know the reality. They can say or believe anything they want. They have all the right to do so. Right now, my family and I are just laughing reading all the reports ke kya hai aur kya nikal ke aa raha.”

When asked if Chahatt is planning to hire a lawyer and take the legal route, she responded, “Well, mostly people who think they have done something wrong hire a lawyer. I know what I have done. If I try to hire someone, the lawyer will also laugh at me saying ‘what is this nonsense’. The stuff that is emerging out is really twisted. Ek sentence ko pakad ke highlight kiya hai. It makes no sense for me to be hassled about it right now.”

Looks like Chahatt Khanna has a lot to say! But all we can do is just wait and watch.

Must Read: Taarak Mehta’s Munmun Dutta Channels Her Inner Shin Ha-ri From Her Favourite K-Drama By Getting Bangs & She Has Absolutely Nailed The Look!