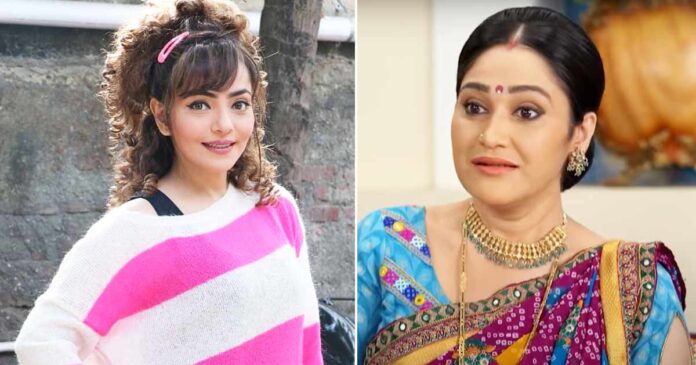 TV’s most-loved sitcom show Taarak Mehta Ka Ooltah Chashmah has become the talk of the town and how. From the past few weeks, the show has been grabbing the headlines like never before. TMKOC fans have been waiting with bated breath for the return of Disha Vakani. Ever since Disha went on maternity break, fans have been missing her on-screen character Dayaben very badly. While there has been no update on the same from the makers for so many years, producer Asit Kumarr Modi recently hinted at looking for new faces.

Recently, rumours were abuzz that the makers of the popular sitcom have approached Hum Paanch fame Rakhi Vijan for the role of Dayaben. But looks like that’s not the case!

As the rumours of her becoming the new Dayaben took social media by storm, Rakhi Vijan decided to quickly address them. The actress in her latest Insta post has denied the rumours of her being approached for Dayaben’s role in Taarak Mehta Ka Ooltah Chashmah. Taking to her social media, Rakhi shared the screengrab of a news article and wrote alongside, “hello every1..this news is a rumor..which shocks me..I haven’t been approached by the producers or th channel…”

This might break your heart, but Rakhi Vijan’s clarification has surely got Diska Vakani’s fan excited as they feel this could increase the chance of her returning to the show. Check out her post below:

Speaking about her earlier work, Rakhi Vijan has worked in TV shows like ‘Dekh Bhai Dekh’, ‘Banegi Apni Baat’, ‘Naagin 4’. She has also featured in Bollywood movies like ‘Golmaal Returns’. Rakhi has also been a part of ‘Bigg Boss 2’.

Earlier speaking about her re-entry, Asit Kumarr Modi told ETimes, “If she comes back, it will be very good as she is like family. But since her return doesn’t seem to be possible, we are auditioning for a replacement. As a maker, I want that Dayaben should be back. Our efforts are on. Aane waale kuchh mahino mein Daya bhabhi bhi dikh jayengi, aur bhi bahot kuch dikhega. Dayaben cannot return overnight, we will have to create a zabardast re-entry for her since she has been missing for a long time.”